Reflections from a Global Mentor

“A Brit, a German and a Saudi sit down for dinner…” sounds like the set-up for a bad joke, but for me, it was the beginning of a great friendship. As a global mentor, I am part of the team of people who welcome and support Hofstra’s international students. We help with orientation, bring mentees to school events throughout the semester, organize impromptu study sessions and – of course – meet up with fellow internationals for dinner. 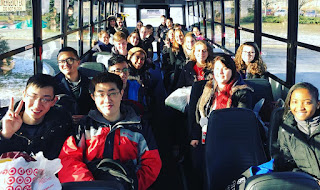 I have learned how to say “Thank you” in Russian, how Bolivians kiss you on both cheeks to say hello and that sometimes the best way to treat homesickness is watching videos of the “Eurovision Song Contest”. I have learned that for Japanese, Root Beer smells like “Icy Hot”, and “Mexican cheese” doesn’t exist in Mexico. But most importantly, I have learned that the foreign isn’t always so unfamiliar after all and that laughter sounds the same in every language. We tell each other stories of how home tastes and feels and smells and looks like (they say Britain smells like rain) and I want to travel the world to see all these places and people again. I want to stand on the busy Beijing streets and hike to the Mayan ruins in Guatemala. But together with the international students,

I also explore what is here. We tan on Coney Island, instead of Costa Rica, and eat Pretzels in a beer garden in Brooklyn, not Bavaria. We ice-skate in Central Park and eat Burgers while walking down Fifth Avenue. And I swear, the only thing better than seeing Times Square is watching somebody else see Times Square for the first time.
Without being a global mentor, I would have never met many of these wonderful people or made any of these memories. So the next time somebody starts with “a Brit, a German and a Saudi want to sit down for dinner…” come along, you might make some great international friends. 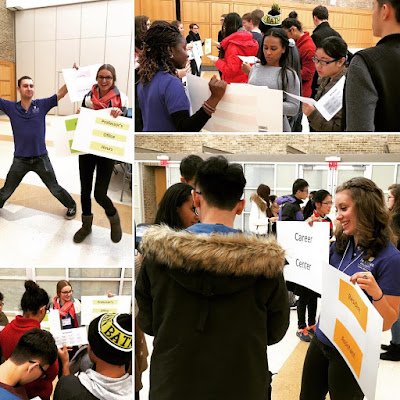 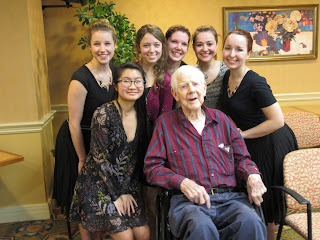 Despite the cold temperatures and the huge piles of snow, the atmosphere of The Bristal Assisted Living Center was glowing with smiles.

The team performed dances including the American rumba, swing, samba, waltz, and foxtrot. The formation team also performed their choreography created by Steffen Sieber. The ballroom dance team members enjoyed the Viennese waltz and the jive the most. 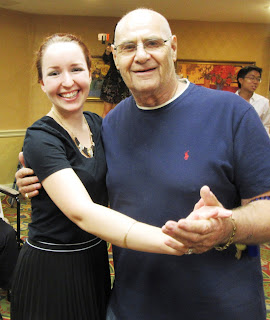 The members successfully made the residents feel young and hip. When asked which dance they liked the best, one resident answered with the tango because she felt sultry, full of passion.

When Beatrice Weissman, a senior resident, was asked what ballroom dancing meant to her, she said, “When I was young, this is what we did on the weekends. Friday and Saturday nights we went out dancing and we loved it. Social dancing is wonderful! We just wanted to have a good time.” Candy, another senior resident added to that, “I met my husband at a dance!”

The dance team made quite the impression on the residents and staff. Anne Matson, the director of the activities department, eagerly invited Hofstra Ballroom to come back again.