Hofstra Men’s Rugby Club participated in the Tri-State 7s Championship on Sunday, April 24th, held on the campus of Vassar College in Poughkeepsie, New York. In their first match, the Pride took an early lead over Union College thanks to tries from Colin Tomaselli-Greenslade and Chris Abatiello. Norman Gabriel also scored twice and helped lead Hofstra to a 29-19 victory. The good fortunes did not continue for Hofstra, as the team came up short against the hosts Vassar College in their next game, dropping a 26-21 hard fought match. In their final match of the tournament, Hofstra faced off against Rochester Polytechnic Institute. Hofstra’s David Pedziwiatr, Josh Beck, and Norman Gabriel all scored for the Pride in what ultimately resulted in a 17-17 tie. The Pride finished the tournament 1-1-1 and tied for second place in their division with RPI. 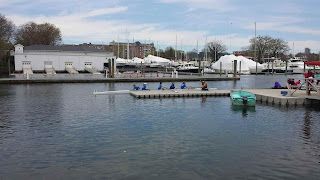 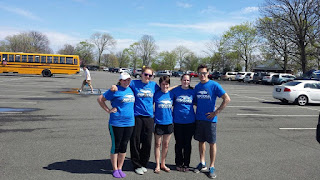 Hofstra Running Club traveled to St. John’s University on Sunday, April 24th, to compete in their third dual meet of the year. Highlights included Gary Williams running a blistering 12.1 seconds in the 100 meter, and Adel Elkosh recording a 100 meter time of 13.2 seconds. Patricia Romano managed a 6:28 in the 1600 meter and Adel Akosh ran again in the 400 meter, finishing in 61.1. 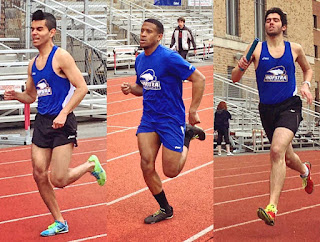 Hofstra Men’s Club Lacrosse had a busy week, with matchups against Suffolk County Community College (Wednesday, April 20th) and Quinnipiac (Sunday, April 24th). Despite gaining an early lead over Suffolk, Hofstra - with several key players out injured - ended up taking a 9-4 loss. Keen to bounce back, the Pride did not disappoint on Sunday, beating previously undefeated Quinnipiac 8-6, in their last regular season contest. Hofstra will now begin the playoffs as they travel to defending national champion and #1 ranked team in the country, Navy, on Saturday, April 30th.

Hofstra’s 28 Club Sports are always looking for new members and welcome all experience levels.  If you would like to find out more information about joining one of our clubs, please visit hofstra.edu/recreation and click on the ‘Club Sports’ tab, or feel free to visit us at the Hofstra Fitness Center with any questions you may have!
Ruby Staplehurst, Guest Blogger
Graduate Assistant, Recreation and Intramural Sports
Posted by Shaun Fean, Associate Director of Campus Recreation at 11:41 AM 0 comments


Hofstra Men’s Rugby hosted their final home game of the season on Sunday, April 17th, hosting Siena College on the Hofstra Intramural Rugby Field. Kyle Novak opened the scoring for the Pride on the first play of the game with a long try, and the fast start propelled Hofstra to 67-29 victory. Hofstra received multiple tries from Novak, Colin Tomaselli-Greenslade, and Chris Abatiello. For Abatiello, his four scores on the day marked the first scores of his college rugby career. 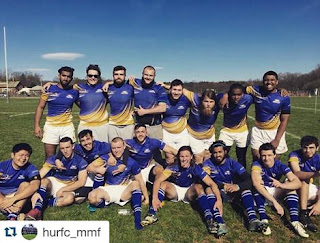 Hofstra Women’s Club Soccer were also in action on Sunday, April 17th, hosting a round robin tournament at Hofstra Soccer Stadium. The Pride were unable to notch a win but enjoyed two competitive contests against Sacred Heart and SUNY New Paltz. Gretchen Cash, who made her debut in goal for the Pride, notched several brilliant saves throughout the course of the day.
After falling behind 7-1 at halftime, Hofstra Men’s Club Lacrosse made a valiant second half comeback, before dropping a heartbreaking 10-9 decision to Fairfield University on Wednesday, April 13th at Hofstra's Shuart Stadium. Hofstra freshmen Keith Marlor and Mike Benvenuti impressed with two goals a piece, as did sophomore Tyler O’Brien.

Hofstra Women's Ultimate Frisbee Club traveled to Stony Brook University on Saturday, April 16th and Sunday, April 17th, with a Regionals bid on the line. The Pride would post wins over Albany, UConn and Princeton, but it would all come down to a matchup against NYU to determine whether the Pride would qualify for Regionals. Despite falling behind behind 7-4 in the first half, the Pride would fight back to tie the game 10-10 in the late stages of the contest. However, NYU would score the final point to earn an 11-10 victory. Despite the crushing loss, the club was proud to report that the weekend "reinforced our love for the game-because games like that are what Ultimate is all about."

Posted by Shaun Fean, Associate Director of Campus Recreation at 7:12 AM 0 comments 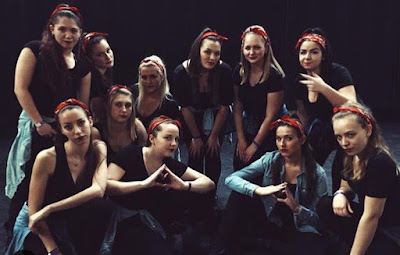 According to the organization Circle of Sisterhood, two thirds of all illiterate adults in the world are female, and not even seven percent of the world's population has a college degree.

Hofstra University's Panhellenic Council decided to take action and break the cycle of poverty and oppression of women of all ages in every corner of the globe. In order to accomplish their goal, Hofstra sorority women partnered up with Circle of Sisterhood. Circle of Sisterhood has had an impact in 17 different countries on 4 continents since their founding in 2010. Their philanthropic effort, Who Run The World, was a two-part event that garnered much success.

"As Panhellenic women, this initiative was incredibly important to us. It is vital that we recognize the girls and women in this world who are struggling and being treated unfairly. We feel that it is important to spread awareness on these issues and to help in any way that we can," said Julia Gelbart, Panhellenic Council Vice President of Chapter Development.

Viewing of excerpts from "Half The Sky": 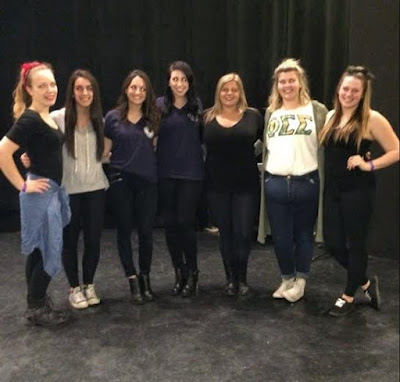 As a precursor to their main event, on Wednesday March 2 Hofstra sorority women united to watch a documentary titled, "Half The Sky". The documentary is a four hour broadcast in the U.S. and abroad, shot in 10 countries: Cambodia, Kenya, India, Sierra Leone, Somaliland, Vietnam, Afghanistan, Pakistan, Liberia, and the U.S.

The film discusses personal, intimate accounts of women in third-world countries who struggle with sex trafficking and other oppressive treatment. Following the documentary, there was a panel of reflective questions, intended to inspire change and awareness. The thought-provoking questions were discussed as a group.

Information about the "Half The Sky" movement: 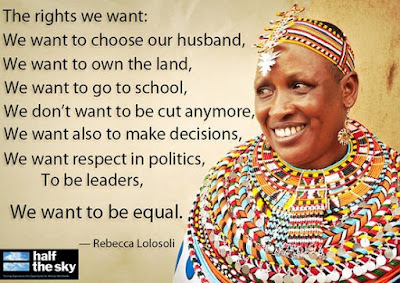 The movement started in 2009 when journalists Nicholas Kristof and Sheryl WuDunn took on the fight to end oppression of women and girls worldwide that defines our current century. "Half The Sky: Turning Oppression for Women Worldwide" is already in its 25th printing in hardback and has been transformed into a powerful documentary.
Posted by Ashley Zachariah at 2:23 PM 0 comments