Hofstra Men’s Rugby Club took to the field for a 7s tournament at Vassar College on Sunday, April 10th, in preparation for the Tri-State Rugby 7s Tournament coming up on Sunday, April 24th. In their first game, the Pride took on Vassar, with Hofstra's Josh Beck scoring the first try of the game and launching Hofstra into a 7-0 lead. Vassar clawed back and entered halftime with a 10-7 advantage, and continued their momentum into the second half, eventually taking a 15-7 lead. Tayab Kirmani scored for Hofstra as part of a valiant comeback, but the Pride ultimately fell 15-14. 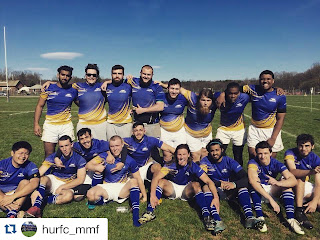 SUNY New Paltz was up next for the Pride, and the Hawks charged out to a 7-0 lead, but Hofstra’s Kyle Novak responded with a break through and subsequent try. David Pedziwiatr had an excellent day converting kicks and managed to pull the Pride to 7-7. Hofstra tallied two more tries from Alosha Digges and Josh Beck, and went on to take their second contest by a final score of 17-12.


The final game of the day saw Hofstra take on Marist College, a back and forth contest in which Hofstra’s Dominic Pizzuco scored the first try. Despite a taking a 5-0 lead, Hofstra found themselves down 17-5 following a Marist surge in the later stages of the first half. The Pride came out strong in the second; Norman Gabriel, Josh Beck, and David Pedziwiatr all tallied tries, boosting Hofstra to a 22-17 win over Marist, and a 2-1 record on the weekend.

With a playoff berth on the line, Hofstra Men's Club Lacrosse took on the Fordham Rams on Sunday, April 10th at Shuart Stadium. Despite early nerves playing a factor, the Pride were able to overcome a shaky start due to standout performances by sophomore Ryan Cook (3 goals, 1 assist) and freshman Ryan Garry (2 goals, 2 assists) in the team's 9-2 triumph. 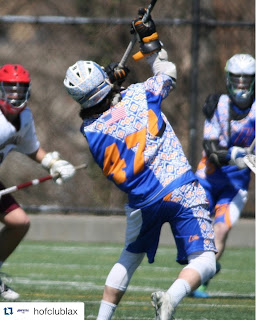 Hofstra Club Baseball hosted Drexel University at Tully Park in New Hyde Park, New York for a three game set on Saturday, April 9th and Sunday, April 10th. Despite a stellar pitching performance in game one from P.J. Potter, the Pride dropped a heart breaker 2-1. In game two, the Hofstra bats awoke as the team won by a score of 6-4 to even the series. Facing an early 5-0 deficit in game three, Joe Zapata was summoned from the Pride bullpen to stop the bleeding, and he did just that, firing 6 2/3 innings of shutdown relief. Zapata's commendable effort gave the Pride bats a chance to battle back as they broke out for 12 runs and the Pride took the rubber match 12-6. Mike Neglia had a big weekend at the plate for Hofstra with 4 doubles and 4 runs batted in.


Posted by Shaun Fean, Associate Director of Campus Recreation at 11:42 AM