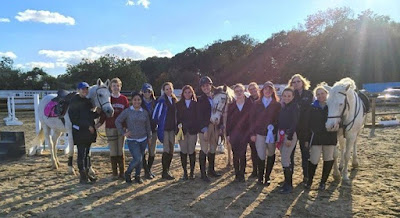 Hofstra Club Ice Hockey traveled to Mount Vernon, New York on Saturday, October 22nd to take on the Columbia University Lions. Columbia jumped out to a quick 1-0 lead, but with two goals apiece from Nick Lewis and Guiseppe Chiaraville, Hofstra took down Columbia by a score of 6-3, garnering the Pride’s first win of the season.

On Saturday, October 23rd, the Pride returned to the ice against Suffolk County Community College, in Dix Hills, New York. The Pride jumped out to an early 1-0 lead, which was quickly answered by Suffolk to even the score at 1. Heading into the third period, the Pride held a one goal lead over the Sharks, 4-3. Midway through the final period, Suffolk would score twice to take a 5-4 lead. Elijah Vaillancourt of the Pride would knot the score at five, but the Sharks would answer with another two goals to lead 7-5. With the game winding down, Joe Grice made a nice saucer pass across the rink to a wide open Andrew Gagnon who sniped in goal, to bring the Pride within a goal. Unfortunately, Hofstra could not find the tying goal and fell to Suffolk, 7-6.

Hofstra Men’s Club Rugby reached the postseason for the first time since 2010, which landed them with a matchup against the conference’s best team, William Paterson University, on Sunday, October 23rd at Mennen Sports Arena in Morristown, New Jersey. The first 20 minutes of the game were once again impressive for the Pride. Defensive holds and a couple of good runs were critical to set the tone. However, injuries and substitutions would play a major role for the Pride and William Paterson jumped out to a 10-0 lead halftime lead. The second half began with several long runs that resulted in tries and conversion kicks for the Bears. Hofstra was able to convert one try by Josh Beck, who scored in each of the Pride’s games this season. Hofstra would suffer a playoff loss, 84-5.

Hofstra Club Running traveled to Queens, New York for the St. John’s University Track Club Pumpkin Challenge on Sunday, October 23rd. The Pride would match up against fellow Long Island teams, St. John’s University and Stony Brook University. Despite a 3rd place finish, there were many standout individuals. On the track, Mitchel Thomas and Andrew Grell finished 2nd and 3rd in the men’s 800m with times of 2:11 and 2:26, respectively. In the women’s 5000m, Courtney Gallagher finished 2nd with a new personal best of 21:59. The men’s 4x100m relay team composed of Ahmad Shami, Arbaaz Khan, Andrew Grell, and Mitchel Holson ran to a 3rd place finish in a time of 49.5 seconds. The men’s 4x400m relay of Mitchel Thomas, Mitchel Holson, Andrew Grell, and Adel Elkosh also grabbed a 3rd place finish with a time of 3:56. In the field events, Mitchel Holson picked up the only individual victory for the Pride: winning the long jump with a jump of 20’4.5’’. Arbaaz Khan placed 3rd in the long jump. 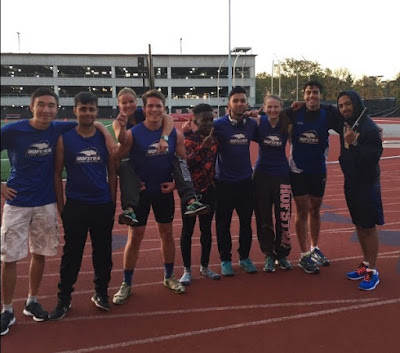 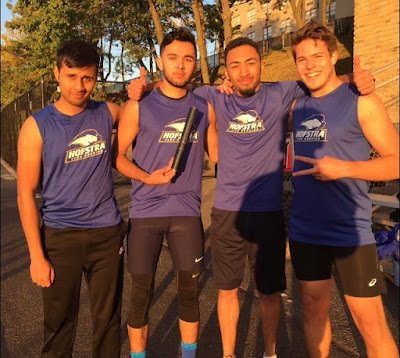 Hofstra Club Softball had a successful first ever outing against Sacred Heart University on Sunday, October 23rd in Fairfield, Connecticut. The Pride went 1-2 against the Pioneers. Falling in the first two games, the Pride faced suffering a sweep; however, they earned the victory in a 6-3 win over the Pioneers. Freshman pitcher Robbi Reed pitched all 21 innings on the day for the Pride, keeping them in every game and picking up the win in the final game of the day.
Finally, this week's Club Sports Athlete of the Week from Hofstra Men's Club Lacrosse, is Keith Marlor. In the Pride's 12-8 loss against Fordham, the sophomore attackman was exceptional, leading the Hofstra offensive charge with four goals. 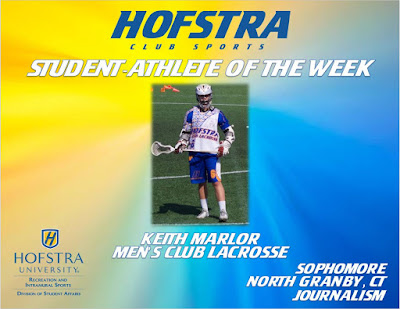 
On Sunday, October 16th, Hofstra Women’s Club Rugby won their first round playoff game against Fordham University, 62-17. Alexa Strickland, Lili Hinojoss Madrid, and Ashley Higby all scored their first tries of the season, while Redate Negussie scored the first of her career. Gabby Jones scored four tries, and Kaelyn Ragonese made five kicks in Hofstra’s win. The Pride move on to play the University of Albany in the next round of the playoffs on Sunday, October 23rd.

Hofstra Men’s Club Rugby took the pitch against Marist College for their final regular season game on Sunday, October 16th. Hofstra sought their first win and they found it in a big way. Captain Josh Beck scored 5 tries to help proper Hofstra to victory. Colin Tomaselli-Greenslade, Yusuke Miyajima, James Thompson, Noel Shewjattan, and Kyle Novak added tries of their own. Overall, Hofstra dominated the match offensively and defensively. Hofstra has progressed throughout the season and because of their competitiveness, they have earned a spot in the playoffs. They will look for a playoff upset against William Paterson University in the Pride’s return to the postseason on Sunday, October 23rd.
Hofstra Club Baseball traveled to Philadelphia, Pennsylvania to take on Drexel University for a three game set from Friday, October 14th to Sunday, October 16th.
In Game 1 of the NCBA Conference series, Justin Cusano took the hill to open conference play for the Pride’s 2017 season. Things did not go very smooth for Cusano, as he failed to get out of the second inning for the first time in his 4-year Hofstra Club Baseball career. He allowed 6 earned runs in 1.1 IP. Behind Cusano, Steven Pekarik came in and shut the Drexel Dragons down for the remaining 5.2 IP, but the bats never came alive and Drexel beat Hofstra, 8-1.

In Game 2, junior Sean Cunningham took the hill for the Hofstra. Through 6 innings the Pride had played a clean, defensive game and trailed the Dragons 2-0. It wasn’t until the top of the 7th inning when the Pride got things started. The Pride erupted for 8 runs, with the big knock being Kevin Cunningham’s bases clearing, 3 run triple that staked the Pride to an 8-2 lead. Drexel would mount their own rally in the bottom of the 7th, but the Pride bullpen shut the door, and Hofstra evened the series at 1 game apiece with an 8-5 victory.

In the rubber game of the series, P.J. Potter took the mound for the Pride, and he was masterful, pitching 9 innings and allowing only 1 earned run while scattering 6 hits. However, the Pride would find themselves down 3-0 in the 5th inning. Not a problem for the comeback kids from Hempstead, as the Pride rallied with 4 runs to grab the lead 4-3. Hofstra would add insurance runs in the 7th and 8th as well to put Drexel away, 8-4, and take the rubber game of the three game set. 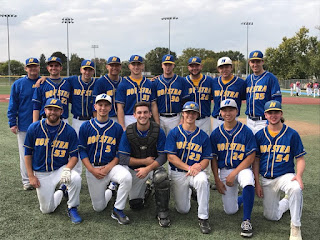 Hofstra Women's Club Soccer traveled to New Jersey to take on Stevens Institute of Technology on Saturday, October 15th. Despite playing a solid game, the Pride were unable to find the back of the net, falling to Stevens, 2-0.

On Sunday, October 16th, the Pride hosted both Montclair State University and SUNY New Paltz. In the first game against Montclair, Heather Aleksis scored for the Pride, as they battled to a 1-1 tie with the Red Hawks. Emma Fasolino played excellent in net behind the solid defense of Sarah Bouzaidi, Marisa Saia, and Hannah Carmeli. 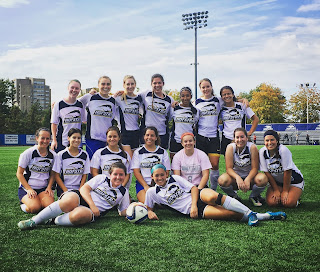 In the second game of the day, SUNY New Paltz and Hofstra played a well matched game. Goals were scored for the Pride by Sarah Cordes, Heather Aleksis, and Gabby Cottone. Madison Webb played excellent at midfield, and Katie Spoleti played solid defense in the Pride’s 3-2 victory.

On Sunday, October 9th, Hofstra Club Ice Hockey played MCHC rival Fordham University at the Ice Hutch in Mount Vernon, New York. Hofstra and Fordham both got on the board early in the game; however, Fordham would quickly pull away beating Hofstra 8-1.

Friday, October 14th, Hofstra hosted the reigning MCHC champion Yale Bulldogs. Hofstra opened up the scoring with a power play goal scored by Darren Schwartz and assisted by Joe Grice. Yale would quickly answer to even the score at 1 apiece. Going into the third period, Hofstra trailed 2-1. Joe Grice would score in the middle of the period to even the score at 2, but that would be all for the Pride. Yale would score a late 3rd period goal and go on to win 3-2.

On Saturday, October 15th, Hofstra Club Quidditch hosted a 12 team tournament where the top teams from the East Coast came to compete on Hofstra’s campus. In the first round of pool play Hofstra faced the defending National Champions, Quidditch Club Boston, where they suffered a loss, 10-180. Erin Daley scored the only goal for the Flying Dutchmen. Hofstra continued to play four more games throughout the day against the University of Rochester, Tufts University, Rutgers University, and New York University. Even though the Flying Dutchmen were not able to pull out a win, they consider the tournament a success and are working on improving for regionals. 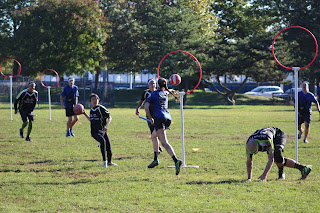 Hofstra Running Club took part in the St. John's Cross Country Fall Festival at Cunningham Park in Queens, New York on Sunday, October 16th. On the women's side, Freshman Courtney Gallagher ran the 4K in a time of 18:01, which was good enough to finish 8th overall in the club division. On the men's side, sophomore Ryan Connell was Hofstra's top finisher crossing with a 5k time of 17:46. This was good enough for 41st overall and 7th in the club standings. Hofstra's next finisher was sophomore Andrew Grell who ran 20:34. Freshman Tyler Baron (21:36) and junior Adel Elkosh (25:59) rounded out a solid effort for the Pride. 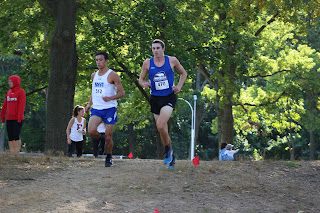 Hofstra Men's Club Lacrosse took on Fordham University under the lights at Shuart Stadium on Wednesday, October 19th. Hofstra and Fordham played a hard fought game, but the Pride fell to Fordham, 12-8. Keith Marlor finished the night with four goals for Hofstra. 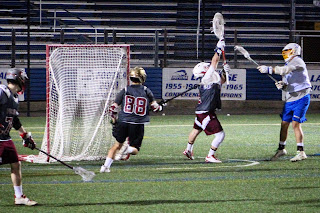 Hofstra Club Roller Hockey traveled to Warwick, Rhode Island to take on the Minutemen from the University of Massachusetts. Hofstra fell to UMass by a score of 6-0.

Finally, we are proud to announce the first recipient of our new initiative, the Hofstra Club Sports Student-Athlete of the Week. Our inaugural winner, from Hofstra Men’s Club Rugby, is Tayab Kirmani. Earlier in the season, Kirmani was named the Tri-State Conference Rugby Imports Player of the Week. Their press release stated:

“Kirmani played a tremendous game in a narrow 17-15 loss to last year’s conference champions RPI. The Big number 8 was a force on defense and questioned RPI’s line with a number of powerful pick and gos at the breakdown. Hofstra has struggled in league play in recent years, but a tight match with the defending conference champs puts the league on notice. Kirmani was instrumental in the game, earning praise from both coaches and the referee for his gritty performance.” 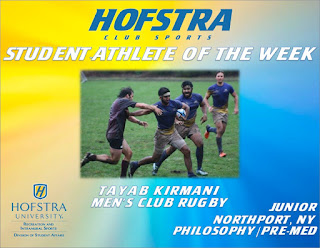