The 2016-17 Hofstra Club Sports season is off to a rousing start! Here's a look at what's transpired over the first month of the semester:

Hofstra Club Baseball began their season by welcoming their alumni back for a matchup on Saturday, September 17th at Eisenhower Park. The current squad bested the veterans by a score of 13-3.

The team then headed on the road to Selden, New York to take on last year’s National Junior College World Series participants Suffolk Community College in a doubleheader on Sunday, September 18th.

The Pride would drop game one by a score of 10-2.  However, in the second game, Hofstra wasted no time, jumping out to an 8-run first inning. Singles by Mike Neglia, Justin Cusano, John Bopp, Seamus Kirby and Tyler Symington helped fuel the rally.  Mike Ahrens tossed three very solid innings and Shaunen Kaiman and Kevin Cunningham each tossed two solid innings in relief as the Pride went on to take the second game by a score of 10-7.

The Pride opened the tournament against Bucknell University. The game entered the 3rd period knotted at one, but an offensive explosion by Bucknell led to five goals to easily put the game out of reach.  Right winger John Voiklis had both Hofstra goals, but Hofstra would fall 6-2. 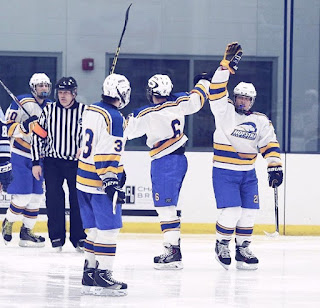 The following day, Hofstra took on the University of Maryland. Austin Natale notched a goal for the Pride, but the Terrapins were too much as they dispatched Hofstra by a score of 9-1.

In their third game of the tournament, Hofstra took on D2 powerhouse Kutztown University. In the third period Hofstra scored three goals in five minutes by freshman Vincent Luna, senior Giuseppe Chiaraville and senior David Craig, but it wasn’t enough as the Pride fell 9-3.

The final game of the tournament for the Pride came against MCHC rival Stevens Institute of Technology. In what turned out to be a very defensive game, Stevens scored two quick goals in the first period against freshman goalie Liam Hartenstein. That would be the end of the scoring for the night for Stevens however, as the Hofstra defense was strong throughout the contest. With two minutes left to play, Andrew Gagnon scored to cut the Stevens lead to 2-1. Unfortunately, the Pride could not find the equalizer and Hofstra fell to Stevens, 2-1.

Hofstra Men’s Club Rugby traveled to Sacred Heart University in Fairfield, Connecticut for a matchup with the Pioneers on Sunday, September 18th. Hofstra would take an early 7-0 lead off a try by Josh Beck, but Sacred Heart would answer emphatically, taking a commanding 21-7 lead. As the first half drew to a close, Hofstra’s David Pedziwiatr was able to score a penalty kick to cut into the Pioneers lead, making it 21-10.  The Pride would pull within four points in the 2nd half, before eventually falling by a score of 36-17. 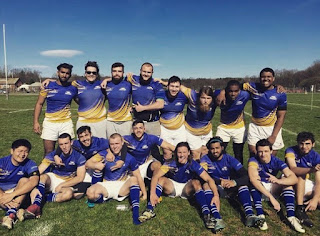 On Sunday, September 25th, Hofstra took on RPI in Troy, New York. The forward pack led by Dominic Pizzuco, Tayab Kirmani, and Adonis Fiakos set an early bruising tone for the Pride, which carried on throughout the match.  However, all of the early scoring was in RPI’s favor, as they led 12-0 before Josh Beck scored his third try of the season for the Pride to cut the lead to 12-5. Kyle Novak opened the scoring in the 2nd half, as he was able to break away and score a try inside the RPI 22 meter, for his first score of the season, which brought Hofstra within two points of tying the game at 12-10. With 5:30 left in the game, Colin Tomaselli-Greenslade ran the length of the field to score and give Hofstra a 15-12 lead.  Things would not end well for the Pride however, as on the final possession of the game, RPI scored a try and won the match, 17-15.

On Sunday, September, 25th, Hofstra Women’s Club Soccer headed to New Jersey to take on both Rider University and The College of New Jersey.  In the Pride’s first match against Rider University, Hofstra scored early off a shot from left midfielder Amy Sena, which rebounded off of the Rider keeper and was secured by striker Sarah Cordes. Marisa Saia and Captain Sarah Bouzaidi played solid defense in front of keepers, Casey Taylor and Kat Quiones and the Pride beat Rider by a score of 7-1. Amy Sena and Becca Corridon also contributed goals for Hofstra.

Following their win against Rider, Hofstra took on TCNJ, losing by a score of 7-0.

Hofstra Club Quidditch traveled to Buccleuch Park in New Brunswick, New Jersey, on Saturday, September 17th, to play in a tournament hosted by Rutgers’ University. The tournament was geared towards new players and Hofstra won three of their four games defeating Stony Brook, Stockton, and the Horntails.