On April 26, staff from the Multicultural and International Student Programs Office and over thirty Hofstra students attended the Cherry Blossom Festival at the Brooklyn Botanic Gardens, also known as Sakura Matsuri. The festival is an annual event that centers around celebrating Japanese culture and the rise of the spring season’s cherry blossoms. 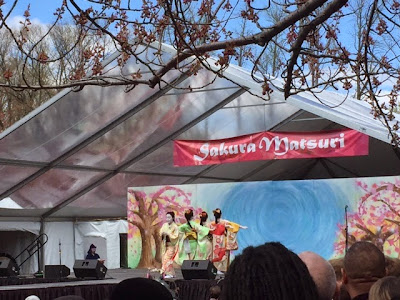 This year, the Brooklyn Botanic Gardens celebrated the 34th Sakura Matsuri. The festival was a two day event with over 60 scheduled performances, acts, and activities that showcased Japanese culture. Some of the performances included Taiko drumming, Kabuki Buyo Dance, a Japanese Standup comic and cosplay acts. 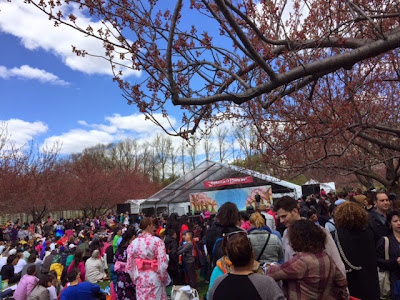 MISPO and Hofstra students (including the Hofstra Japanese club) went to the second day of the festival events. We arrived at noon and with the help of  the Brooklyn Botanic security staff we were able to bypass the long lines that were waiting to get inside of the gate. Once inside we were met with the wonderful sight of beautiful spring foliage and flowers, flowers that would normally go unseen in the city of New York.  Inside of the garden gates were ponds and multiple performance stages. We spent most of our time watching the main stage. On the main stage was Kabuki Buyo dances performed by the wonderful Dancejapan with Sachiyo Ito and a segment from Samurai Sword Soul. The sword performance incorporated theater with combat of a dangerous battle. The whole event was miraculous and the students really enjoyed their time at the festival. 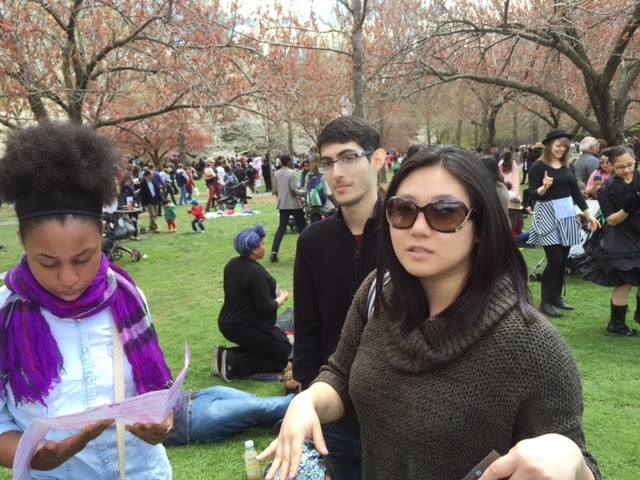 This was the last event wrapping up our celebration of Asian/Pacific Islander month and our last heritage month program for the spring. Be on the lookout for upcoming cultural programs in the fall.