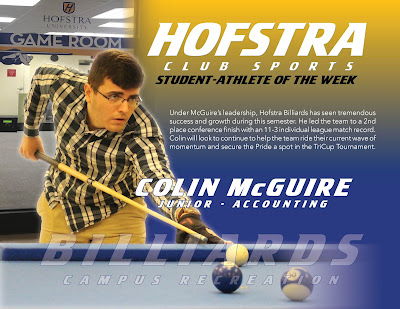 Hofstra’s 28 Club Sports are always looking for new members and welcome all experience levels.  If you would like to find out more information about joining one of our clubs, please visit hofstra.edu/recreation and click on the ‘Club Sports’ tab, or feel free to visit us at the Hofstra Fitness Center with any questions you may have!
Posted by Shaun Fean, Associate Director of Campus Recreation at 12:03 PM