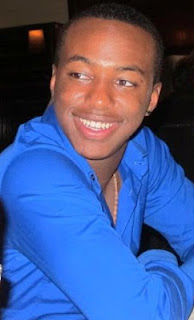 Thursday night I called the Multicultural & International Student Programs Office (MISPO). I first got through to Sonia Fernandes, the international student advisor at Hofstra, and I explained to her how I had very little time because I'd been waiting for my A level results from my university in the UK and I spent several weeks in Ethiopia. I told her I needed my F-1 student visa before orientation and I didn't know where to start!

You don't have enough time, I don't know if you're going to make it.- Sonia
After the phone call Sonia sent me a long email telling me to first fill out the F-1 application form in order to receive an I-20 from Hofstra. I still didn't even know what an I-20 was at this point!

I responded by saying...Although I know you are busy I would really appreciate it if you would respond right away, you've made it clear to me that time is very limited and I'm extremely nervous at the moment.

I completed the I-20 application form that day after exchanging 9 phone calls and 16 emails with MISPO and Undergraduate Admissions!!!

Jack Nelson from Undergraduate Admissions wrote me an email....
Our international student office is processing your I-20 right now. I will update you when we have a FedEx Tracking number. Packages usually arrive in 3-4 business days

This was the first miracle, on Sunday my mom was pulling out of the driveway when a FedEx truck came up to our house to deliver my I-20 document. It had been less than 48 hours!

The second miracle I ran out of the American Embassy and rushed into my car and explained to my mom that I needed to get the bank receipt in time otherwise I'd lose my chance to get my F-1 student visa interview for that day. Time was very limited and I couldn't lose that opportunity.

When I entered the bank I had to take a ticket and wait for my number to be called to make a deposit and pay for my F-1 visa application. The wait was at least 30 minutes...I wasn't going to make it! That's when a man with a VIP card that I never met before came up to me and introduced himself. I told him I am a student and I need to make a deposit or I won't make my interview. He said he would help me and I was out of the bank in 5 minutes! Flashing the receipt high above my head and signaling to my mom to pull out the car.

My passport with my new F-1 student visa printed safely inside arrived my mail 3 days after leaving the American Embassy! I immediately called Emirates Airline to book a direct flight, Dubai to New York. Emirates was fully booked. There was only one seat left in business class. My mother spent a lot of money to get me that seat. She wanted me to attend the international student orientation because it is mandatory. That night I flew out of Dubai...

I arrived in New York!!!

Exactly 11 days after I contacted MISPO I was now at MISPO. Looking back I realize I couldn't have done it without the support of my mother, Sonia Fernandes and Jack Nelson. I wouldn't have made it on time if one thing had taken a minute longer!

I want to thank Sonia Fernandes for issuing my I-20 and giving me the guidelines on how to start getting my F-1 visa. I want to thank Jack Nelson for sending me my I-20 in an incredibly short amount of time. I applaud everyone for their efficiency and invaluable help!!!!