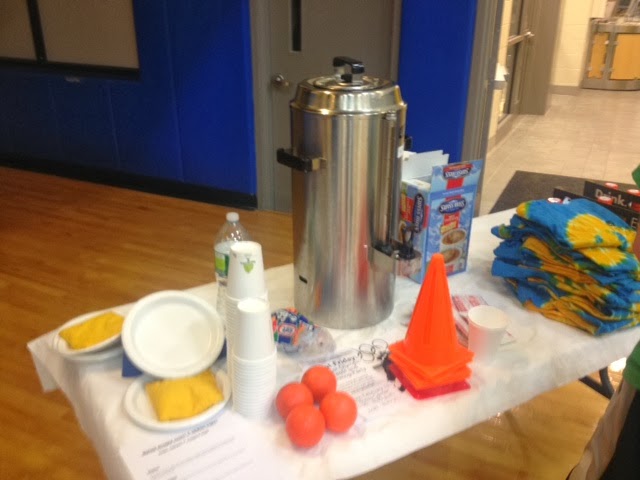 The Hofstra Fitness Center hosted OSLA’s “First Friday Series” Olympic Night this past Friday evening, February 7th, from 6:30p.m – 8:45p.m.  With a total of fifteen students attending, the event kicked off with a few fun Winter Olympics-related games for all participants to play.  Some of the games included a Biathlon, a Hockey Dribble, and a Pairs Figure Skating contest.  The Biathlon featured students using two paper plates as skiis to travel across the gym to a designated cone, and then tossing a bean bag at a specific target, retrieving the bean bag, and returning to the starting line.  For the Hockey Dribble, students dribbled a hockey ball across the gym floor and around a designated cone on the other side of the gym, and returned to their line.  For Pairs Figure Skating, the first two students in line held hands, or locked elbows, and traveled across the gym and back to their line with their feet placed on paper plates that were used as skates. 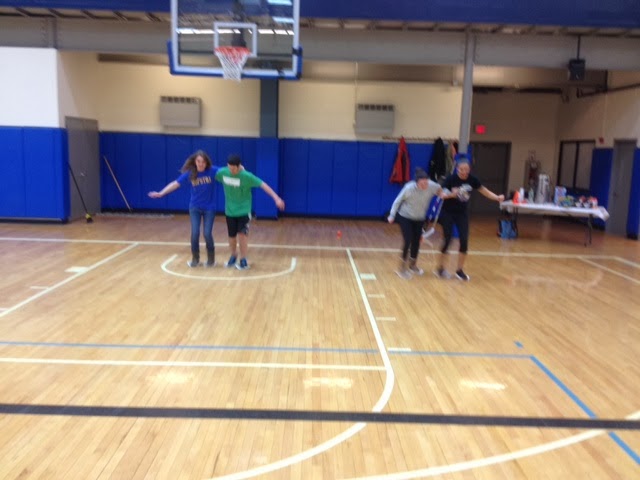 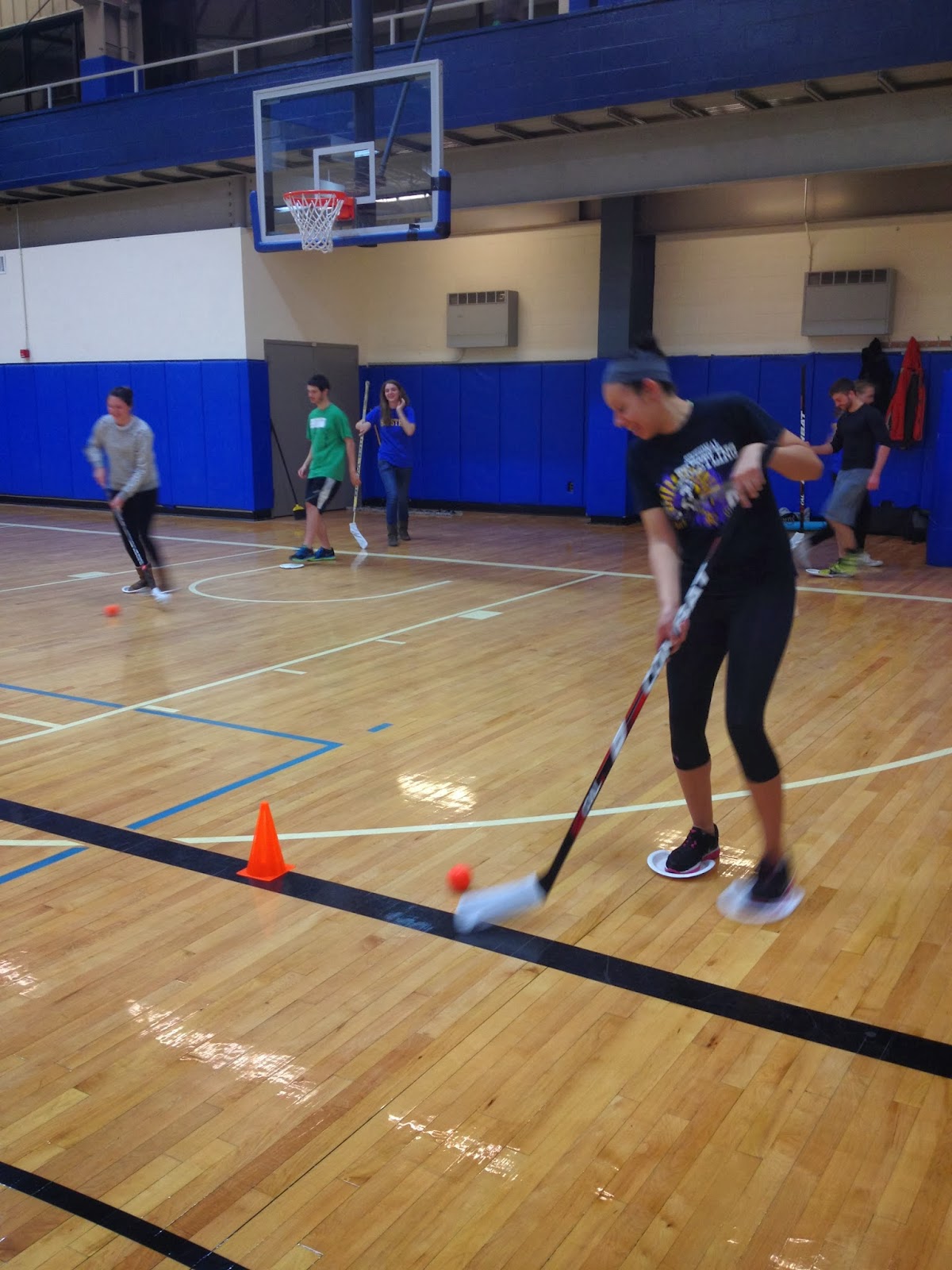 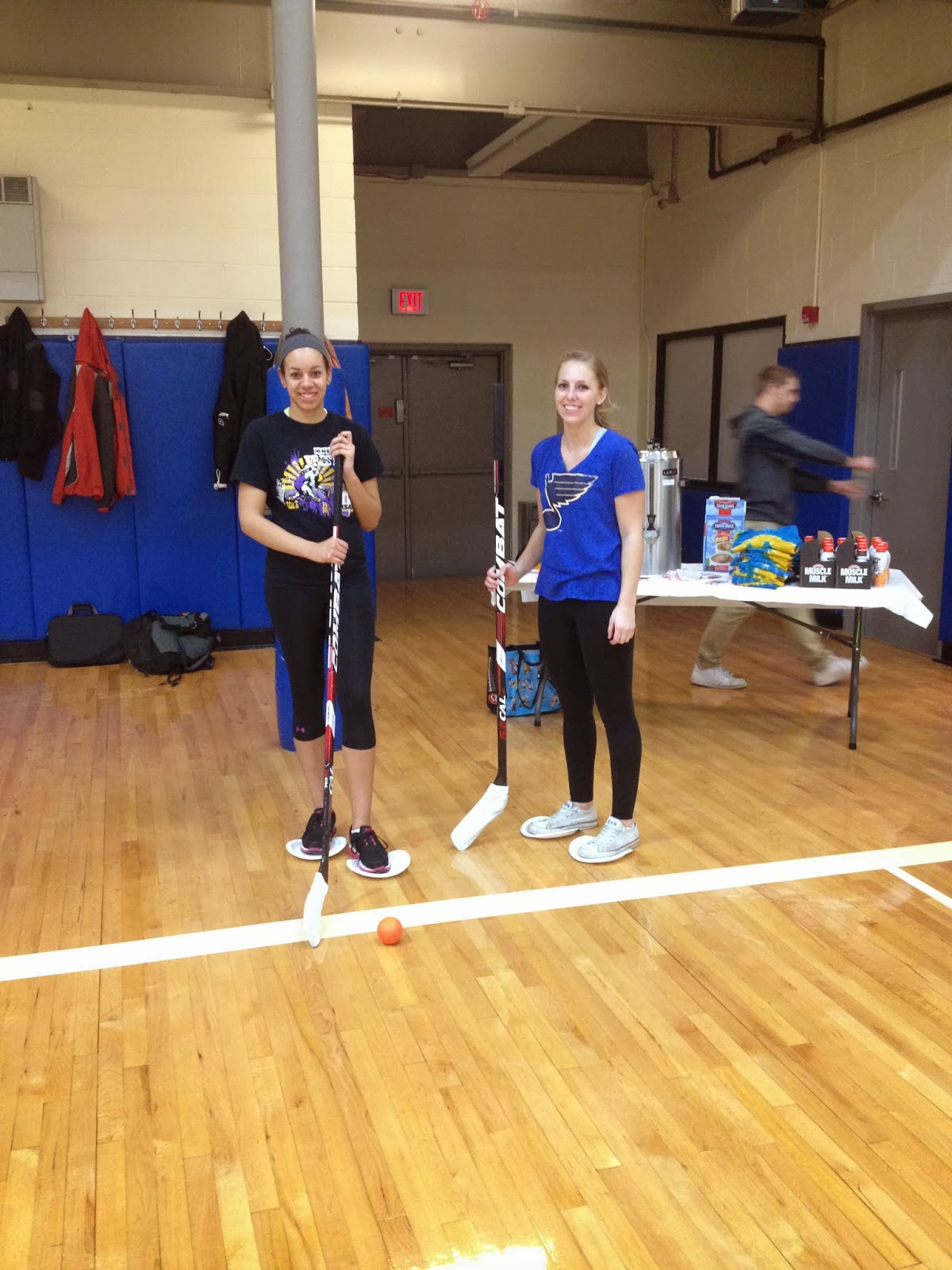 All participants received giveaway t-shirts from OSLA and bottles of Muscle Milk that were donated for the event. The evening concluded with the students grabbing a cup of hot chocolate and heading over to the Fitness Center Aerobic Studio, where they watched a live stream of the Winter Olympics Opening Ceremony.

Overall, Olympic Night was successful with bringing a unique event to the Hofstra community, and for allowing Hofstra students to have an opportunity to spend an enjoyable time with one another, compete, have fun, and view one of the greatest televised spectacles in the world.