Flavors of Our Neighborhood: Peru

One of the highlights for me of the Spring semester was to have the ability to showcase my culture to Hofstra students.  On April 24, The Multicultural and International Student Programs and the Office of Off-Campus Living and Commuting Student Services took students to a Peruvian Restaurant, La Candela in West Hempstead.

La Candela offered the students with a variety of Peruvian dishes that the students were able to enjoy.  The dishes were Lomo Saltado, Tallarines Verdes, Aji de Gallina and Ceviche de Pescado.
Lomo Saltado is a popular, traditional Peruvian dish, a stir fry that typically combines marinated strips of sirloin, or other beef steak, with onions, tomatoes, and other ingredients, served with fried potato slices and rice.

Tallarines Verdes (Green Linguini) a pesto-like sauce made from both spinach and basil. The sauce also has lots of queso fresco cheese, and is creamier than traditional pesto sauce. Serve these delicious noodles as a main course and as a side dish to accompany steak or chicken.
Aji de Gallina is a dish is a native of Peru, is a chili or thick cream made by previously cooked hen, crumbled into a cream made of yellow pepper (naturally grown from Peru) To achieve the necessary thickness pieces are added bread soaked in broth or milk . This cream is served with boiled potatoes or white rice.

Last dish served was ceviche. In Peru, ceviche was declared to be part of Peru's "national heritage" and has even had a holiday declared in its honor. The classic Peruvian ceviche is composed of chunks of raw fish, marinated in freshly squeezed key lime or bitter orange (naranja agria) juice, with sliced onions, chili peppers, salt and pepper.

The students were able to enjoy amazing service and great food and a taste of one of the best cuisines in South America. 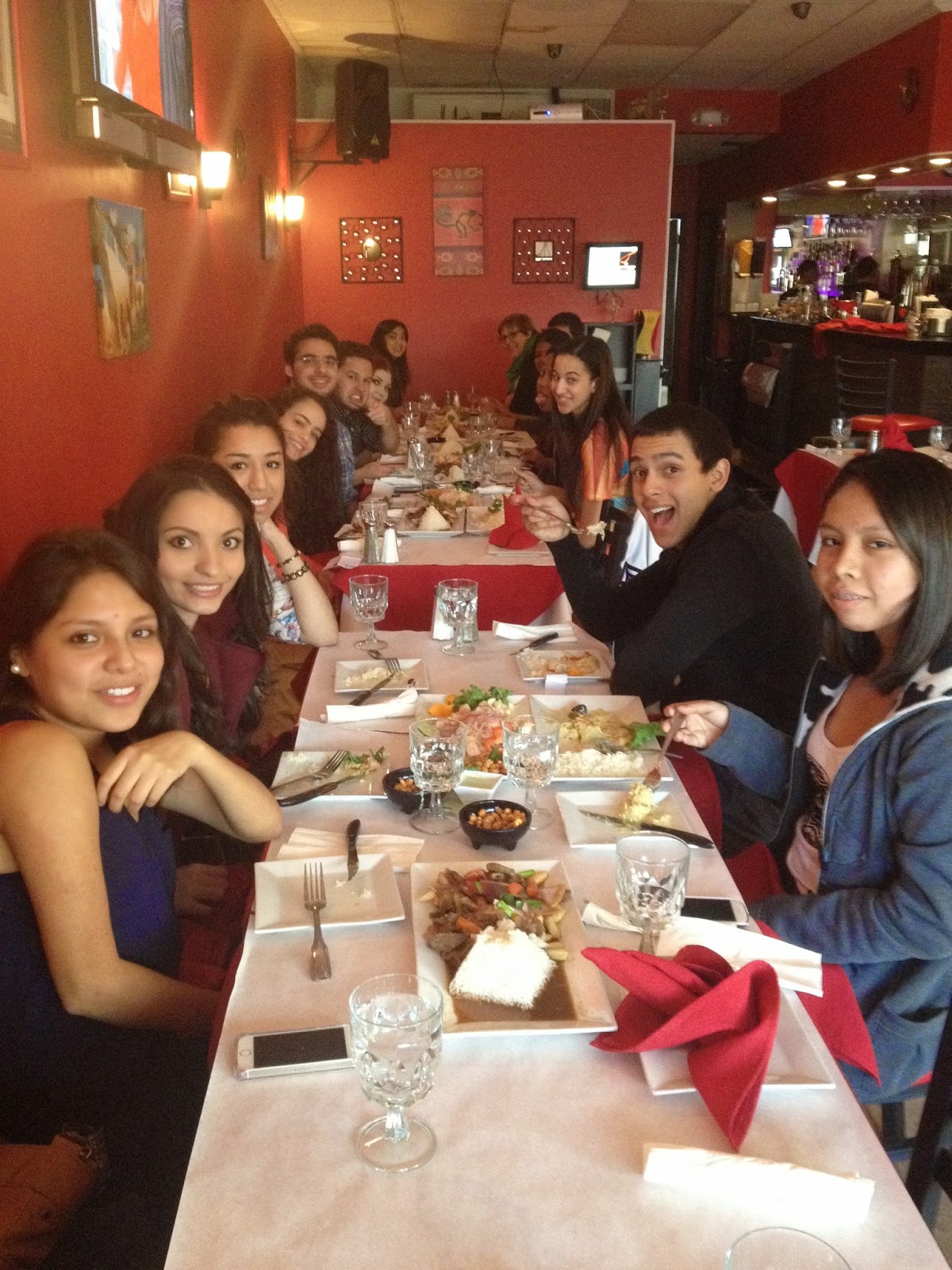