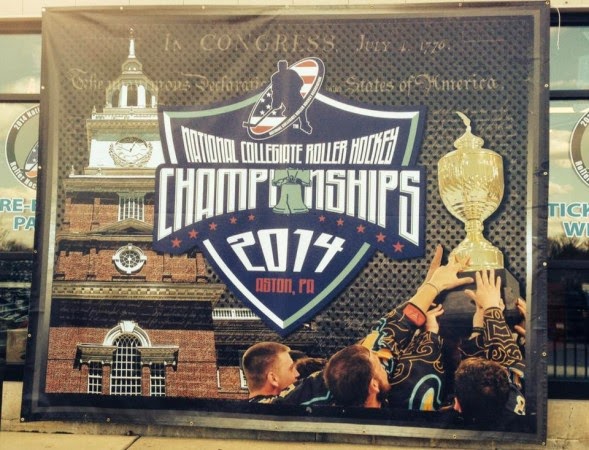 Following the club's first ever Division I Regional Championship last month, Hofstra Roller Hockey wrapped up their memorable season this past Saturday at the 2014 NCRHA Division I National Championships, hosted by Iceworks Skating Complex in Aston, PA.  The season of "firsts" continued as the Pride advanced to the NCRHA Division I Final Four, a feat the program has never accomplished in the six years they have been a Division I member.  In fact, the team has never advanced further than the NCRHA Sweet 16.

With the national tournament hosted by Hofstra's region, the ECRHA (Eastern Collegiate Roller Hockey Association), many families and friends were able to travel to watch the team compete throughout the week     (April 8-12).  Entering the tournament, Hofstra was placed in the tournament's top pool, Pool A, as one of the top four seeds in the nation.  After completing their three round robin games, the Pride, along with the other teams in their pool, received a bye to the Sweet 16 round.

While out-shooting Grand Valley State 41-18, the Pride scored twice in the final two minutes of play to squeeze out a 3-1 victory and advance to the Elite 8 for the first time in club history.  The Elite 8 game would find the Pride matched up against powerhouse, Michigan State.  Although Michigan State had a lower ranking coming into the tournament, on paper, and because of the tradition and success of the Michigan State program, Hofstra was labeled as an underdog once again.  Prior to the contest, an NCRHA columnist wrote,

"Hofstra is the ECRHA regional champion and has plenty of talent.  However, their bread and butter is their tenacity.  They pulled away late from a scrappy Grand Valley State team and it was their consistent effort that really wore down the Lakers.  Michigan State, the MCRHL champion, will have their hands full with Hofstra.  The Spartans are lead by goal-scorer Zack Rourke (52) and Zack Paul (42), along with steady goaltending from Everet Bommarito.  Look for Michigan State to impose their will on the underdog Pride, but don't expect it to be easy."

With just over five minutes to play in the game's final period, Hofstra watched their surprisingly 4-1 lead slip away as the Spartans tallied three times to tie up the game and force overtime.  Maintaining their composure and attempting to overcome the devastation of giving up such a lead, Hofstra battled up and down the rink, and seven minutes into overtime, buried a rebound and scored a thrilling game-winning goal.  The Pride was on their way to the NCRHA Final Four.  The following is a video link to the overtime thriller, featuring live play-by-play commentary.

For the Final Four contest, Hofstra would have to face Lindenwood University, a program that has already captured 9 Division I titles, offers scholarships, operates under the university's Athletics Department, and has set the bar for college roller hockey.  The game's official preview read,

"The Hofstra Pride seem like a team of destiny.  Game after game, they have showed why they are ECRHA regional champions.  Their tough, whatever it takes mentality lead them to the huge upset of Michigan State last night in overtime.  No doubt, they will not roll over for anyone, especially Lindenwood." 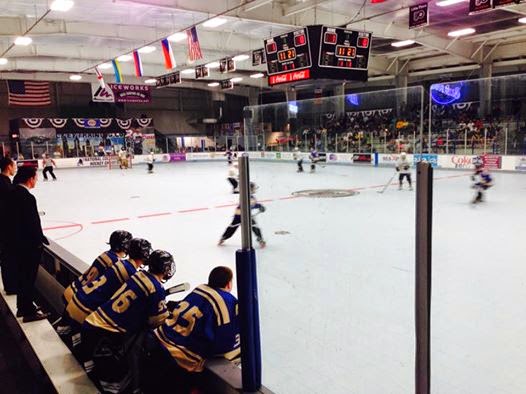 Despite the kind words, along with the Pride's efforts and belief in one another, Hofstra struggled to keep up with the talented Lindenwood Lions and concluded their unforgettable season with an unfortunate 10-1 defeat.

In front of a packed house of 1,500 plus, Lindenwood University went on to win their 10th Division I championship, defeating Neumann University 2-1 (Hofstra miraculously defeated Neumann 6-5 with 16 seconds remaining in the ECRHA Regional Championship last month). 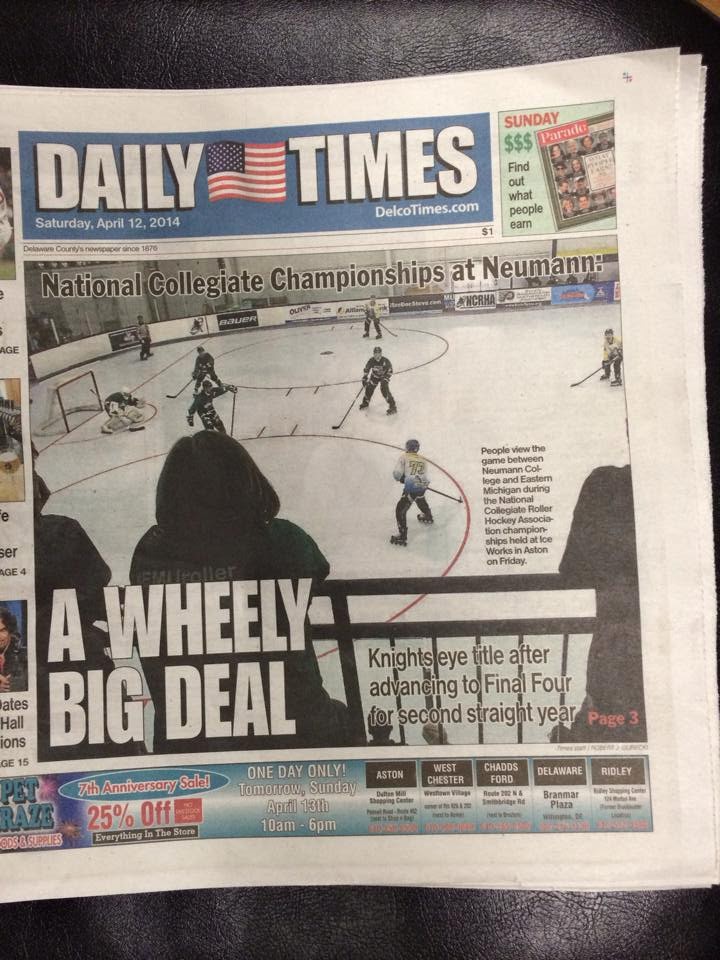 As Head Coach of Hofstra, and being involved with the NCRHA since my playing days back in 2002, I would certainly say that this year's tournament was the best to date.  The facility, the amount of spectators, the media attention, the league staff and their professionalism, and the competitiveness and balance between teams throughout the tournament.  Everything about it.  Philadelphia's local Fox 29 affiliate televised live segments on their Good Day Morning Show.  The tournament was also featured on the front cover of the local town's Delco Daily Times.  This year's event made great strides for the collegiate game and has set the tone for years to come.

The NCRHA's Director of League Operations, Rob Coggin, reached out to the Hofstra program and stated,

"Congratulations.  You should be proud of the class organization you provide the leadership and stability for."

In response, I must say that I'm glad the things that we do on and off the rink are being recognized. We appreciate all of the support.  We've certainly taken this program and turned it into something much more than a club sport.  As coaches and leaders, that's been the goal since day one - to give the players an opportunity to experience what it could be like to be a part of a real program.  To create an environment where a player/student can belong to something much more than just a "club sport" and have the opportunity to compete at the highest level while doing things, on and off the hockey rink, the right way.  The winning, well, that's the bonus and will always be one of the main goals that we strive for.  Thanks again for the compliments and for all of your work towards improving the collegiate game.  It is those efforts that allow us to experience all of this.  And, while years like this will never be forgotten, your efforts will never be unnoticed.

It was an incredible season; an incredible road.  I am absolutely proud of this team and what we accomplished this year.  We did things that nobody believed in but ourselves.  We would really like to thank everyone who supported us and those that know what we are all about. 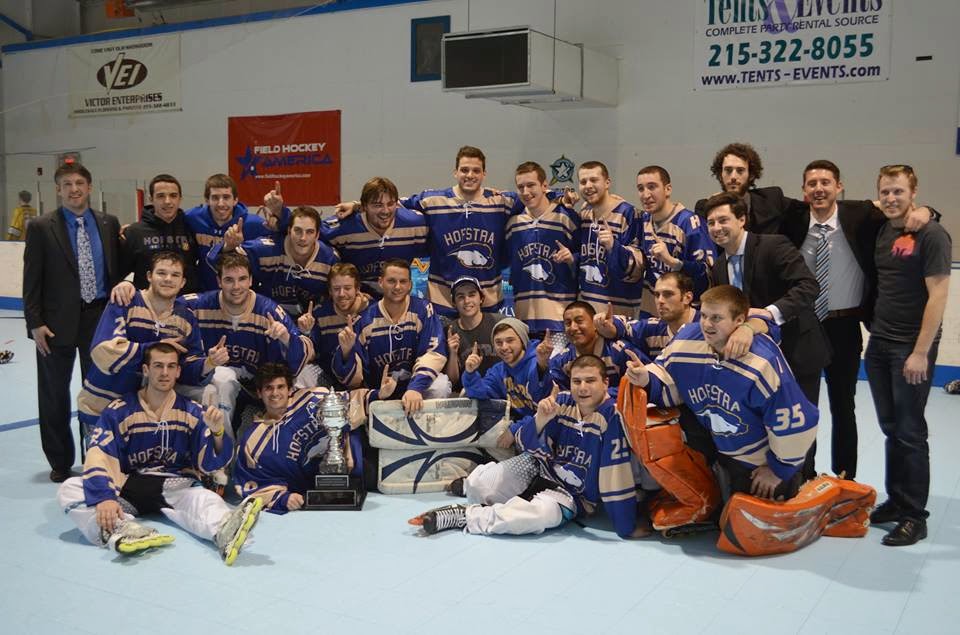