Women’s Rugby thrashes Molloy and Club Baseball defeats the Alumni in a busy weekend for Hofstra club sports.
The Hofstra Women’s Rugby Club only had a short trip to Mitchell Field on Saturday, September 21st,  but they were soon miles ahead of the Molloy Lions, in a game that would end 87-17 in favor of the Pride. Cheyenne Wong, Rachelle Pierre and Kim Tran each had 2 tries, Andrea Innis and Mackenzie O’Donnell both registered 15 points from three tries a-piece, while Kaelyn Ragonese lead the side with one try and 11 conversion kicks, notching her 22 points. The victory moved the team's record to 2-0 for the 2014 campaign, which will resume on Sunday, September 28th when the team faces Fairfield at 11:00am at the Hofstra Intramural Rugby Field.

Hofstra Club Baseball’s Alumni made a return to campus to face the current squad on Sunday, September 21st. The veterans made a valiant comeback after falling behind 7-1 early on in the game, but eventually let their 11-7 lead slip as the youngsters forced them into extra innings. The current squad went on to clinch the win following an error by the Alumni team's catcher, making the final score 12-11 in 10 innings. Hofstra Club Baseball is next in action this Saturday, September 27th, facing York College in a doubleheader at University Field at 3:00pm.

In other news, the Men’s Rugby Club could not quite emulate their winning ways of last week, dropping a road decision to Fairfield. The Pride will hit the road again this coming Sunday, September 28th to face Montclair State at 1:00pm.

Despite a goal from Mabruk Ahmedin, the Men’s Club Soccer team fell to Rutgers in their home opener 4-1, but will look to improve on that showing as they participate in Fordham's Invitational Tournament, where they will take on the hosts as well as Ramapo College. 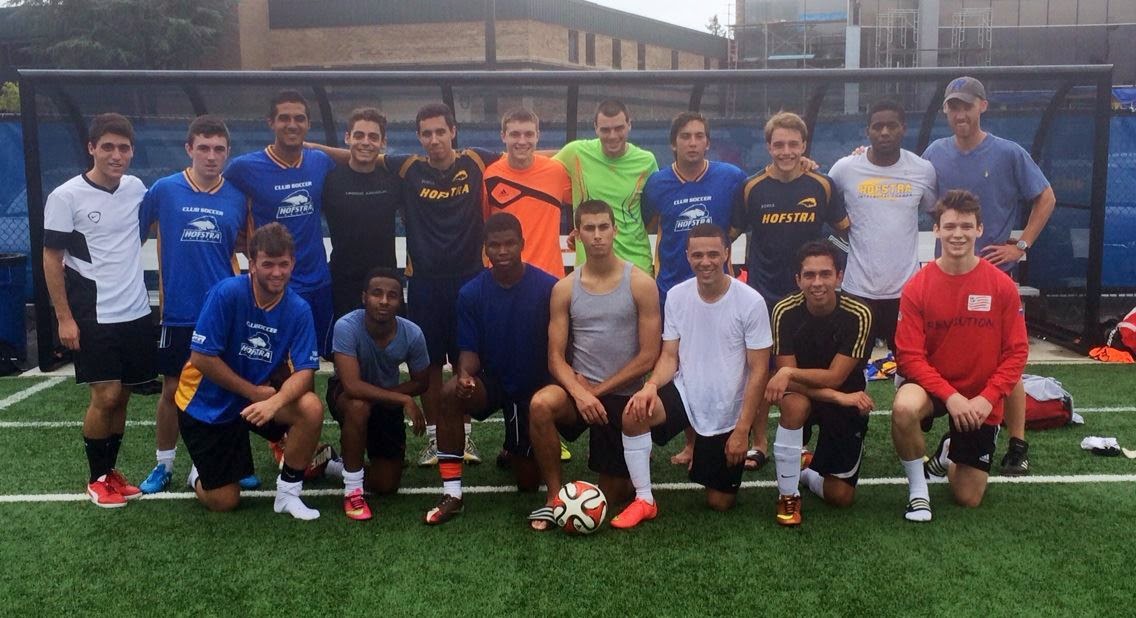 For all the latest news and results, please check back for next week’s Club Sports Roundup, which will include season openers from Women’s Club Soccer and Men’s Ultimate Frisbee. For information on how to get involved with any Hofstra club sports, visit our website: www.hofstra.edu/recreation and click on the 'Club Sports" tab.