Students giving back through Hofstra University!

Hofstra students have been active serving their community since returning from thei Thanksgiving break.  Thanksgiving, the start of the holiday season, was quickly followed by Black Friday and Cyber Monday which is one of the busiest days of the shopping season.  We challenged students to think about their community and the organizations they are passionate about.  We challenged our students to give back.

On Tuesday, December 2nd, students and staff joined the Office of Student Leadership and Activities in the Student Center Atrium to complete several community service projects as part of the national campaign #GivingTuesday.  These passive programs were designed as a way for students to give back despite their busy schedules. 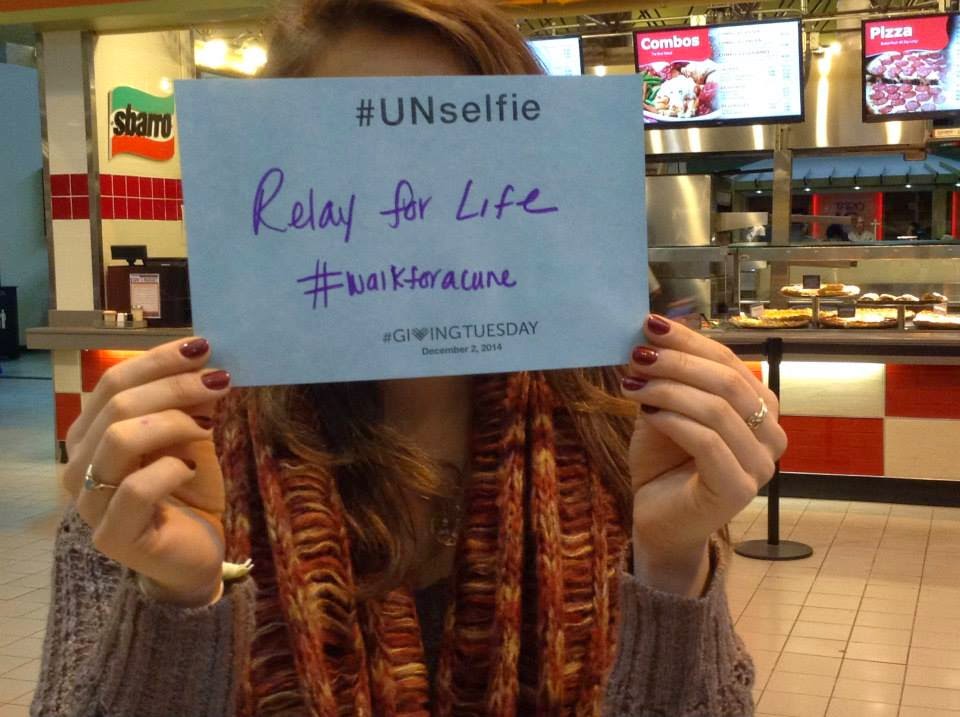 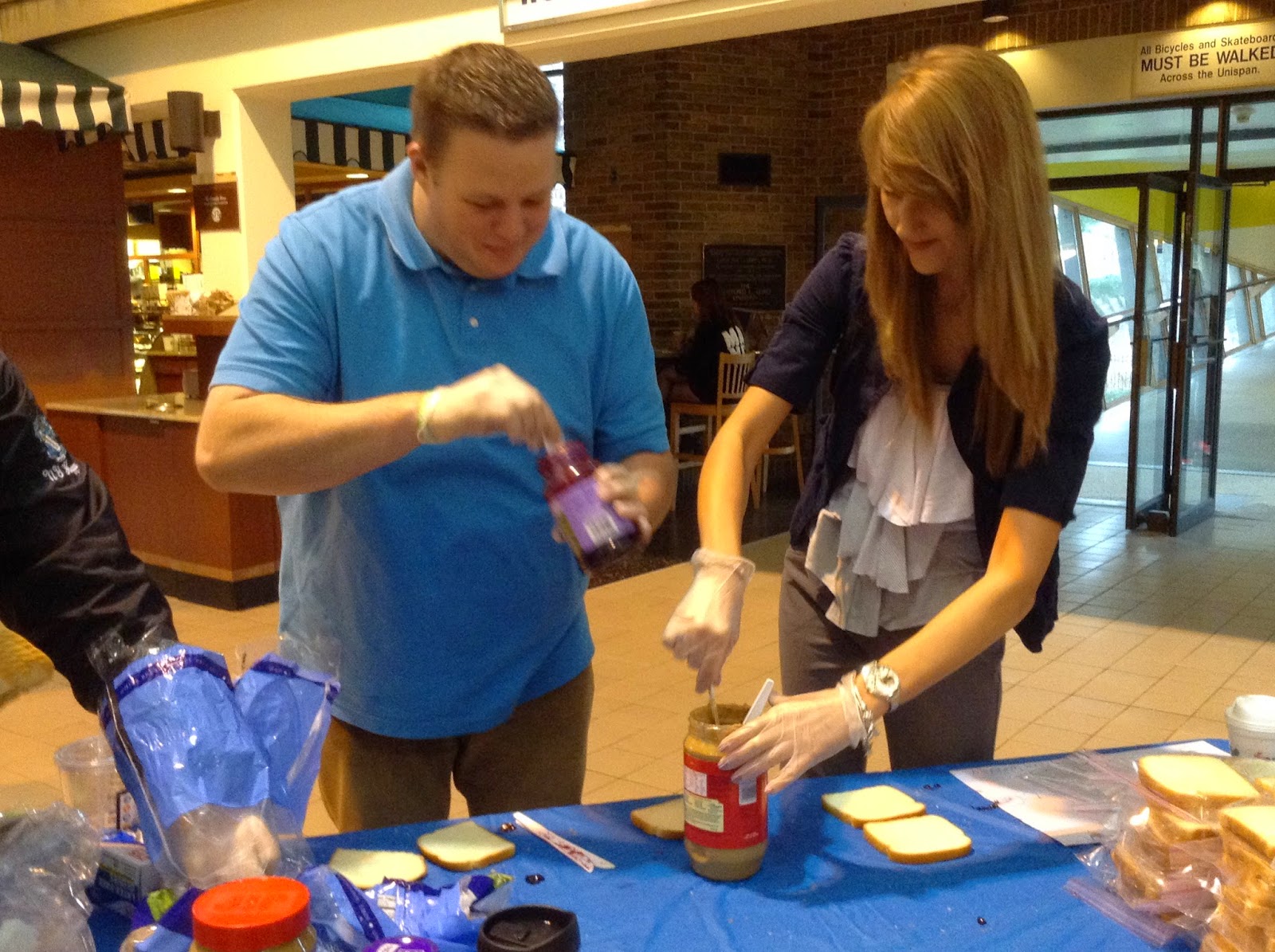 “I wish we could do something like this every Tuesday,” one student said as he completed spreading the peanut butter on a sandwich for the homeless.
“I get so wrapped up when I do things like this, look I've been doing this for 30 minutes already,” said another student who was crafting cards for the residents of Holly Patterson.

Together students made 100 sandwiches, 50 cards, and shared their #unselfie. Many students shared the sentiment that it felt good to spend just a few minutes doing something that would make someone else’s day.

In the evening a small group of students continued their service by sorting through clothing and toiletries in preparation for the Midnight Run.  This cohort had spent the semester preparing for the Midnight Run, learning about the organization, fundraising, and collecting donations.  Students prepared to go into the city on the night of December 3rd where they would stop at designated areas to distribute donations to the homeless populations in the area.  In addition to the 377 pairs of socks that our student organizations collected for #Socktober, more than 30 bags of clothing, jackets, blankets, and bags were donated throughout the fall semester. 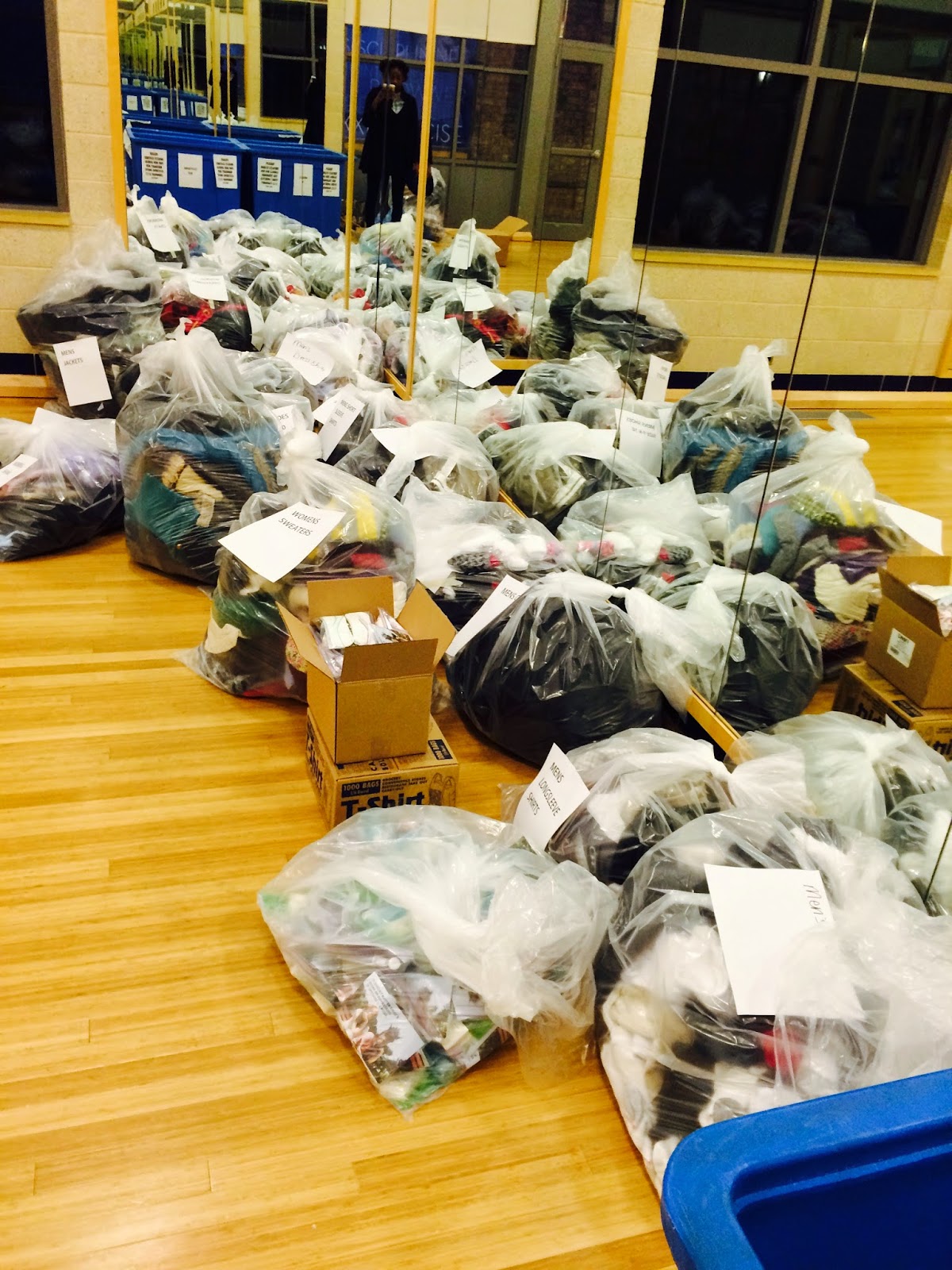 After students sorted all of the clothes.  All donations were donated by the Hofstra community. 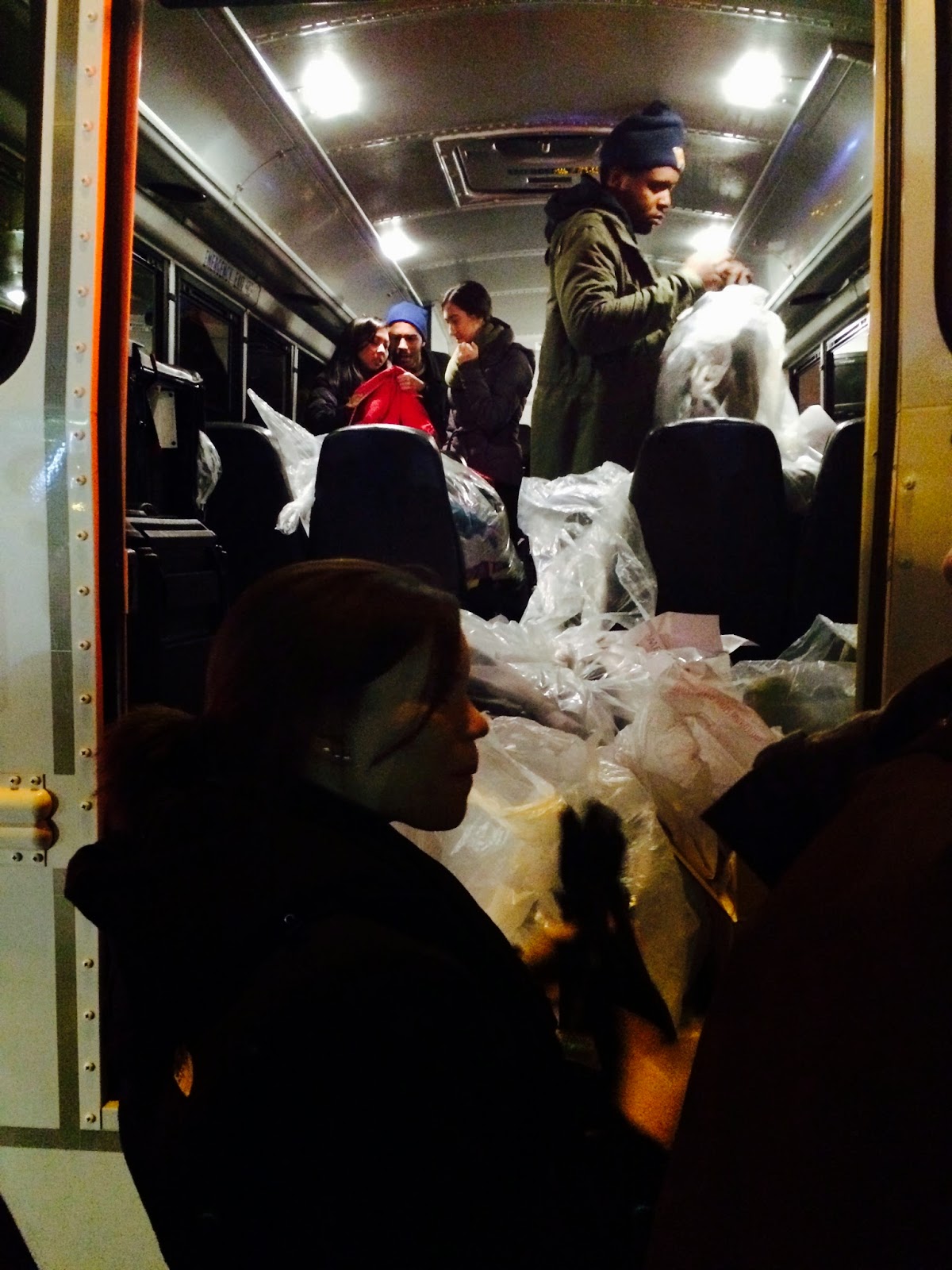 Hofstra students handing out donations to the homeless 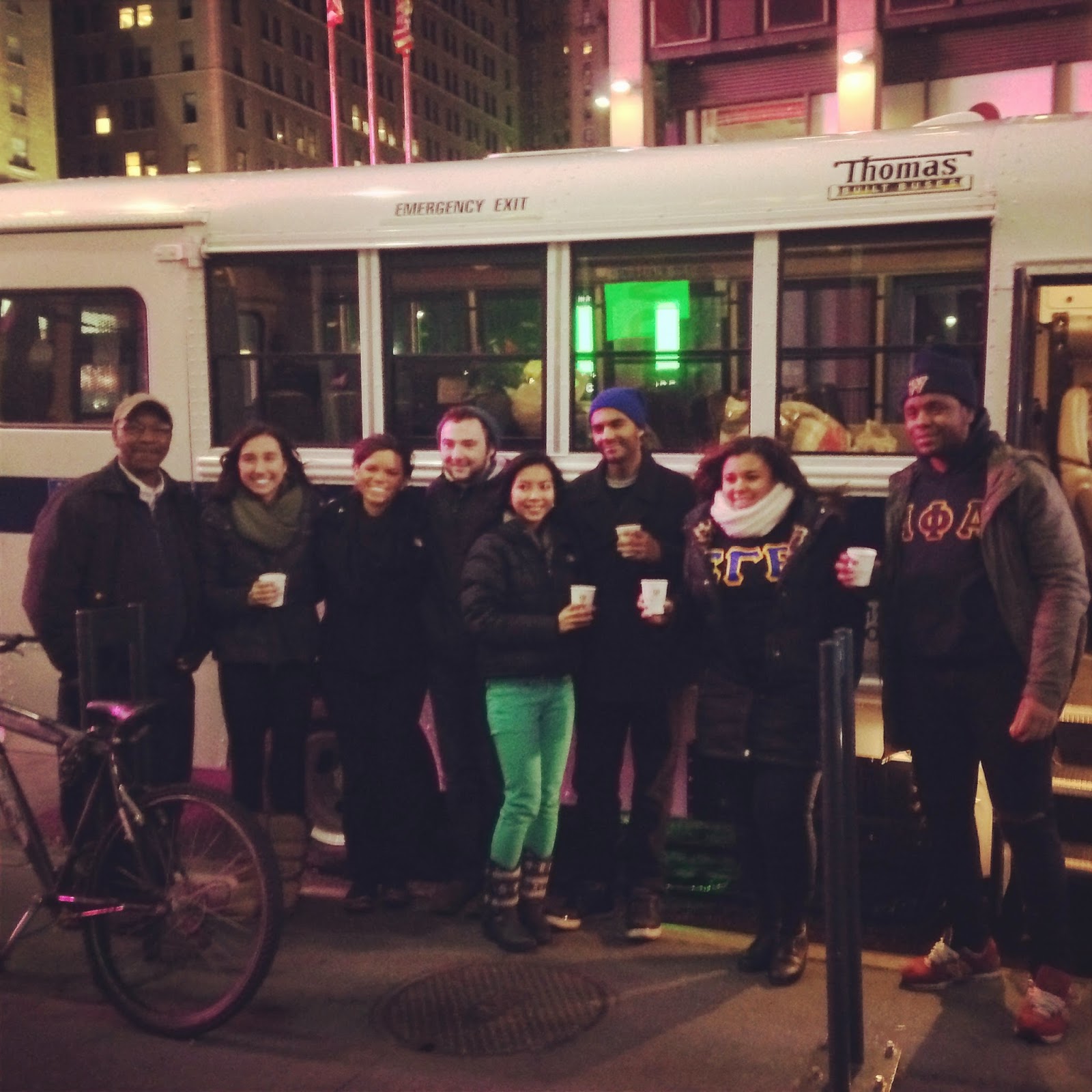 On the night of the Midnight Run students loaded a Hofstra University bus and a minivan with the donated clothes, peanut butter sandwiches, and Lackmann hot chocolate and cookies.  At each stop students distributed the donated items and toiletries.  Our night concluded as we left New York City at 1:30AM for Hofstra.
“I asked the man who had no shoes if he needed anything.  He had a water bottle and a peanut butter sandwich and he said to me ‘I have all that I need,’ reflected junior Autumn Crooker.

The left over sandwiches and clothing that was not distributed to the patrons of the Midnight Run were donated to the Mary Brennan INN.
Posted by Jarryn Mercer at 4:46 PM