Around 5:30pm, on March 13th, students, faculty and staff gathered in the Multipurpose Room to meet Ronni Sanlo and for the Long Island premiere of the film, “Letter to Anita,” which features her life. Houston Dougharty, Vice President of Student Affairs, and friend for 20 years to Ronni Sanlo informed me that it would be the first time this film was screened in the state of New York. During the event, I got the opportunity to speak to those in attendance including  Isidro Rodriguez, Co-Chair of the Pride Network who commented on the film and said  “Hopefully it’ll end up on Netflix…it will educate people, and help people understand”. There was something about “Letter to Anita” that drew everyone in.  Joe Marinucci, president of Phi Delta Theta, told us that he is passionate about changing the stigma of the LGBTQ community in Greek life. While meeting and greeting various guests, I was able to learn of the work that is actively being done, every day, to make our campus more inclusive. Recently, Provost Berliner and VP of Student Affairs Houston Dougharty convened a group of faculty, administrators, staff, students and alumni to start an LGBT task force to look deeply at the campus climate and propose change. David Powell, the head of the LGBTQ studies department and part of the LGBT task force shared, “The LGBT studies department is working on important things. I don’t know if it’s that easy for students who aren’t in the [LGBT] community to see that, but this event promises to educate, to help them see that, and hopefully they would go on to think about it. Current member of the LGBTQ task force, Sony Abraham, reaffirmed this by telling me how he is working to make the campus more inclusive through policy change. 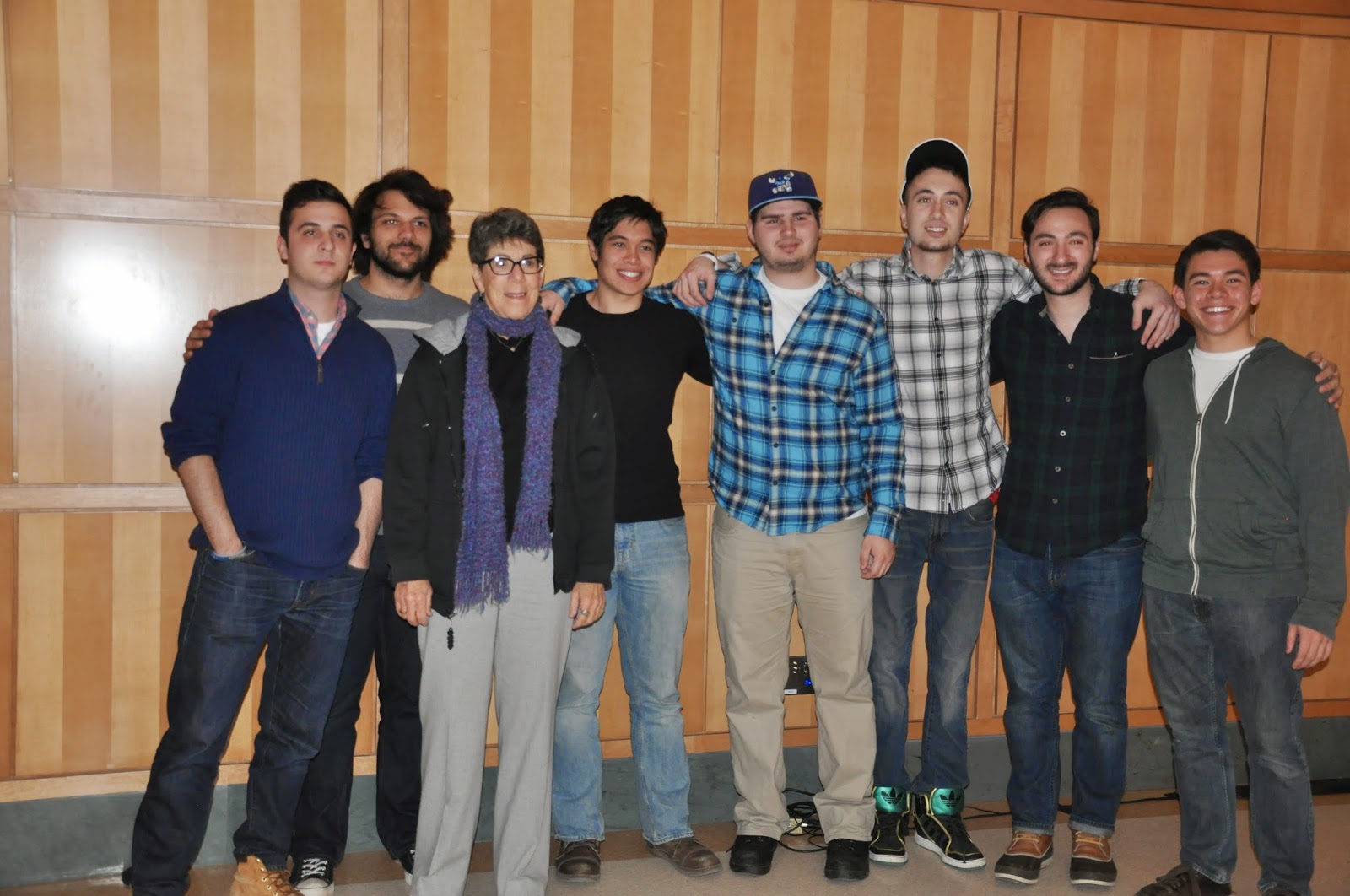 So what exactly did everyone unite for on a Friday night? After the reception we viewed “Letter to Anita,” a documentary on the true life story of Ronni Sanlo. Sanlo is a lesbian who formerly lived as a straight woman, got married to a man and had two children. Upon revealing that she was a lesbian, Ronni lost custody of her children to her then husband.  This was the same time that Anita Bryant, a former actress and leader for the anti-gay rights movement, was motioning the country to reject tolerance of same-sex relationships.  “I didn’t know that my decision to finally be honest about my orientation would result in the loss of custody of my children” says Sanlo. At age 9 and 12 Sanlo’s son and daughter became estranged from her and would lose all contact until their 20’s. The story concludes with healed relationships and victories including, Sanlo’s ground breaking work developing programs and services for LGBT students in a higher education setting, including a “Lavender Graduation.” I encourage all to view this film and be made more aware; for as Sanlo said, “It doesn’t stop at marriage, but custody, job security, and more.” As for how Ronni Sanlo feels about Anita Bryant today? Well, Bryant’s son is a supporter of Sanlo, and he has relayed the message that Bryant wants to pray for her. Sanlo says, “I’ll pray for her too, it goes both ways. I, for one, feel thankful to be in a position where I can work closely with world changers, in a place where I can be exposed to such progression.” 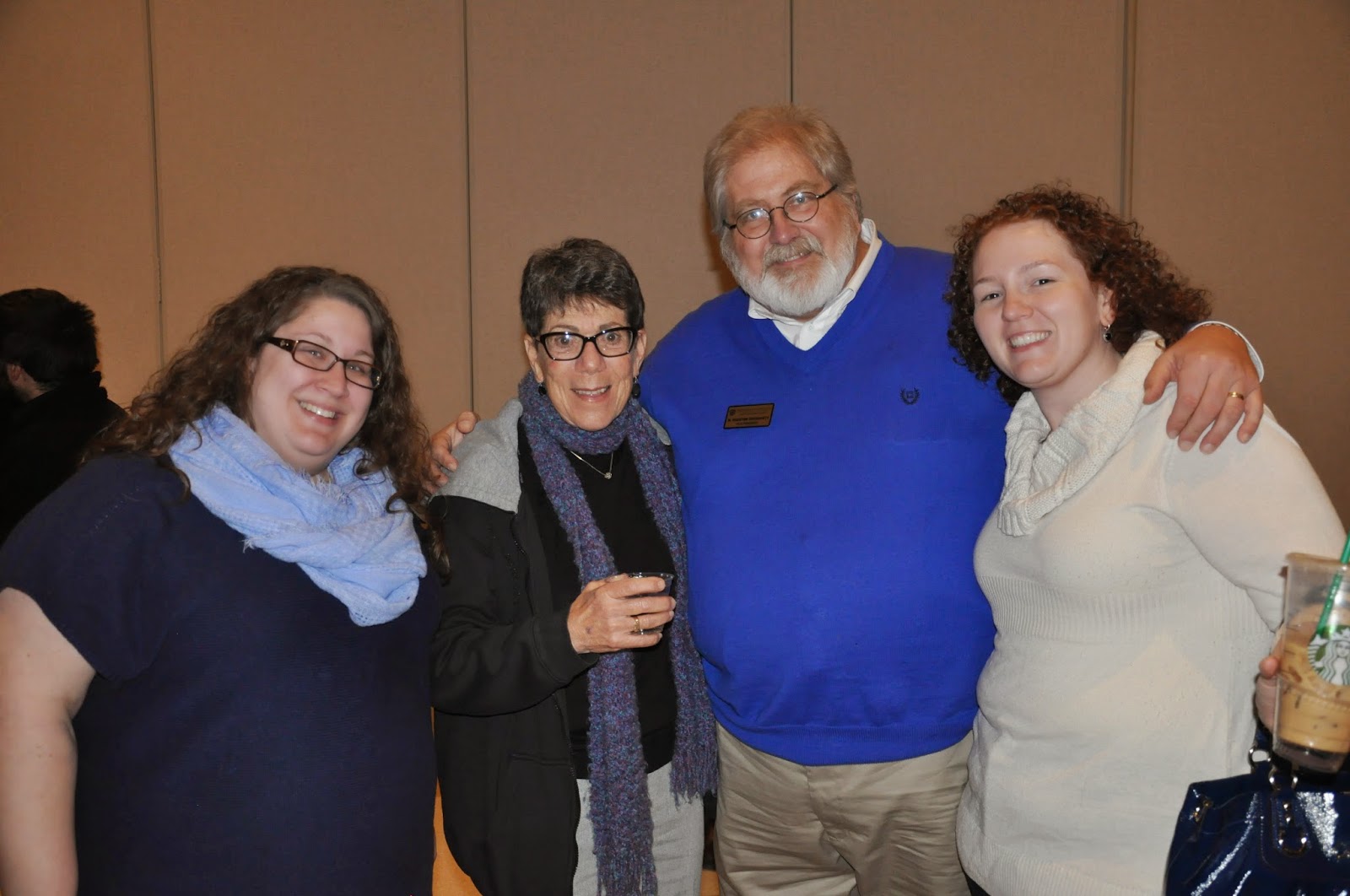 Want to learn more? Hofstra will host poet, theologian and conflict mediator Pádraig O Tuama, a community leader of the Corrymeela Community -- the best-known faith-based peace and reconciliation group in Northern Ireland. He will offer two different programs:
Poetry and the Art of Peace:

A Queer Kind of Peace: A Talk
His talk will focus upon the lessons that the Northern Ireland peace process holds for dialogue on LGBTQIA issues.
Thursday, April 16, 2015
6 p.m. - 8 p.m.
104 Brower Hall, South Campus

These two upcoming events are presented by the Irish Studies Program .Sponsored by the LGBT Studies, Multicultural and International Student Programs Office, Women’s Studies, the Long Island Alliance for Peaceful Alternatives, and the Center for Civic Engagement.

The Letter to Anita event was hosted by the Multicultural & International Student Programs Office in collaboration with the Division of Student Affairs, Center for Civic Engagement, Dean of Students Office, LGBT Studies, Off-Campus Living and Commuting Student Services, Office of Residential Programs, Office of the Vice President for Student Affairs and The Pride Network.