Welcome to the first Club Sports Roundup of the spring semester! Let’s get everyone all caught up… 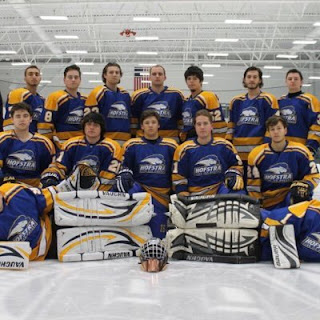 Hofstra Table Tennis Club traveled to the Fashion Institute of Technology in Manhattan on Sunday February 7th, to take part in a tournament including CCNY, Yeshiva, Stony Brook, Columbia, and the College of Staten Island. The playing standard was incredibly high with some players even having Olympic experience, but Hofstra managed team victories over Yeshiva and CCNY, and a number of singles and doubles wins thanks to Daniel Zhu, Tanzim Bhuyla, Max Kutsch, and Liam Doogue. The Pride finished the tournament tied for third place. 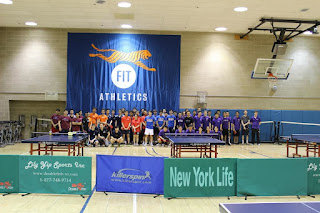 Hofstra Rock Climbing Club welcomed a host of new members with a trip to the brand new Brooklyn Boulders Queensbridge location on Saturday, February 6th. The group of over 40 members had a successful climb and are looking forward to another fun-filled semester together.

Hofstra Women’s Club Lacrosse came up against some tough competition on Sunday, February 21st as they took on Binghamton University and SUNY Cortland at Shuart Stadium on Hofstra’s campus. Despite goals from Linnea Barbour, Amanda Gross, and Rikki Glazer, and valiant performances from goalies Elissa Salamy and Jazmine Gonzalez, the Pride fell to Binghamton 21-1 and SUNY Cortland 12-5. The team will host their Senior Day on Sunday, March 13th at Shuart Stadium against Central Connecticut State and Fordham University.

Hofstra Men’s Club Lacrosse enjoyed an idyllic season opener on Sunday, February 28th, defeating Monmouth and NYU on home turf at Shuart Stadium. In the first game of the day, the Pride defeated Monmouth 12-6. Mike Benvenuti scored five goals, while Ryan Garry and Tyler O’Brien each managed two. Next up, NYU struggled to compete against Hofstra’s momentum as Hofstra came away with a 9-1 victory. Ben LeCates notched two goals for Hofstra, and Tyler O’Brien registered his second multi-goal game, scoring three. The team will next be in action on Wednesday, March 9th, when they host Columbia University. 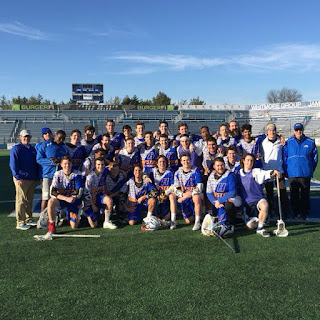 Hofstra Men’s Ultimate Frisbee attended a tournament at Princeton University on Saturday, February 27th and Sunday, February 28th. The Pride went 5-2 on the weekend, beating Northeastern, Rowan, Messiah, Rider, and Rutgers. Brian Kelly and Gabriel De Oliveira amassed a number of assists throughout the weekend, while Ben Denaga pulled down two consecutive goals in a tight win over Rutgers.

Hofstra Equestrian had a solid start to their spring season on Sunday, February 28th, as the squad traveled to Huntington, New York to compete in the NYU Show. Julissa Hoogeveen placed 5th in a very competitive Open Fences class and Kierstin Berwick followed with a 4th place ribbon in Intermediate Fences. Maria Sorrentino had a great day securing a 2nd place finish in Novice Fences after a beautiful ride. She also scored 3rd place in Intermediate Flat. To end a successful day, Katie Milford won her Advanced Walk Trot Canter class.

Hofstra’s 30 Club Sports are always looking for new members and welcome all experience levels.  If you would like to find out more information about joining one of our clubs, please visit hofstra.edu/recreation and click on the ‘Club Sports’ tab, or feel free to visit us at the Hofstra Fitness Center with any questions you may have!