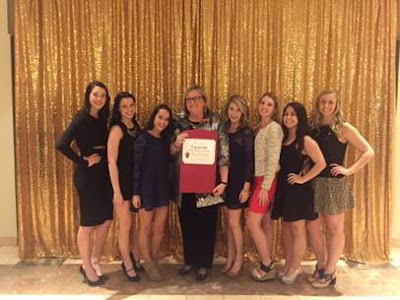 The executive board members of the Alpha Phi Theta Mu chapter at Hofstra recently achieved a major milestone and are celebrating with Hofstra pride.

At a recent conference, Alpha Phi at Hofstra won the "Most Improved Chapter Award" amongst 41 other chapters.

The conference was hosted in Newark, New Jersey and was attended by the sorority's executive board. Board members that attended the event included the president (Rebecca Costa), the VP of risk management (Bibi Bogues) the VP of chapter operations (Danielle Esposito), the VP of member recruitment (Krissy Weller), the VP of marketing (Julia Suchocki), the VP of programming and education (Nikki Martinez), and the VP of campus affairs (Elli Reid). Additionally, the director of formal recruitment (Mckenzie Cramer) and the chapter advisor (Mary Beth Tully) were present at the conference.

The leaders in the organization collaborated with various national advisors and chapter members around the northern quadrant.

Alpha Phi at Hofstra was ranked as the number one recruiting sorority at Hofstra. Their quota was filled and had top return rates from round to round. Additionally, they continuously opened bid (COB) for seven new members in the fall. Their members are paying dues on times and are invested in helping the chapter flourish.

Additionally, the group received four stars with Hofstra's 5-star program and is striving to become a gold chapter with Hofstra's Letter with Pride program.

"We all learned a lot during the conference that we can utilize to grow Theta Mu and improve overall chapter morale," said Rebecca Costa, president of the chapter. "Keeping chapter culture and involvement high is my number one goal this semester. Our term as e-board is one short year, but we can set a tone and pace for the future of this chapter."

The next step for Alpha Phi at Hofstra is to be considered for the "Order of the Lamp" or "Most Outstanding Chapter Award" at the conference next year.

More about the Theta Mu chapter: 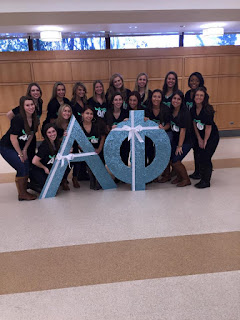 Alpha Phi Theta Mu was started in 1991. The Theta Mu chapter currently has 62 sisters, including the 18 new girls from this semester.

The sorority is celebrating 25 years as Theta Mu at their upcoming Red Dress Gala by recognizing their alumni. 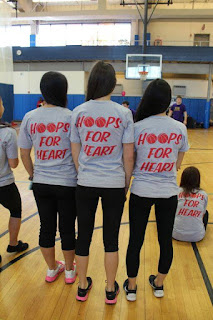 Alpha Phi at Hofstra aims to raise awareness for the importance of cardiac care. This year, the chapter will be hosting the 5th annual Red Dress Gala to raise money for their cause. Additionally, they are tabling in the Student Center selling Alpha Phi Heart Health bracelets for National Heart Health Month. In the fall, the organization will be hosting a "Hoops for Hearts" tournament as well as a "Phiesta Bowl" (flag football tournament).
Posted by Ashley Zachariah at 2:28 PM