What A Great Week!

What a great weekend for all students! It was nice to see commuters getting involved in all of the events that we ha 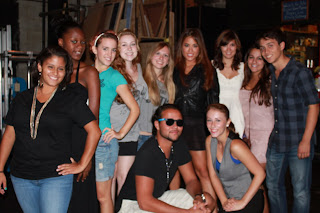 d planned for Welcome Week. Shout out to the Welcome Week Staff for doing a great job! It was great meeting everyone at the commuter meet & greet on Thursday night, where we created mystery machines, and heard some amazing voices. The excitement continued when we welcomed back a former commuter student who just happens to be Cara Castronuova, one of the trainers from last season's Biggest Loser and two-time Golden Gloves Champion. 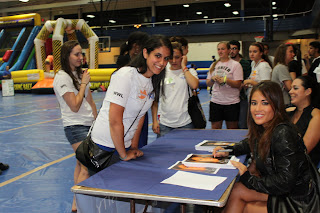 Not only was Cara a guest judge at Hofstra's Got Talent, she also welcomed people and signed autographs at the fitness center. While she was at Hofstra she was a commuter student from Elmont New York. But that didn't stop her from being involved on campus. She was active in her sorority Sigma Delta Tau and was a member of WRHU all while maintaining a good GPA. She's a prime example of an active commuter. Thanks Cara for coming! Hope everyone stops by Wednesday at 11:15 at our first event "Bring a Question, Find an Answer."

-Anita Ellis
Director of Off-Campus Living and Commuting Student Services
Posted by Hofstra Commuters at 11:02 AM