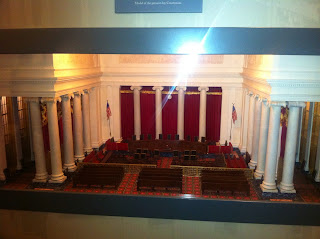 After months of anticipation, twenty-one students attended the first ever Hofstra University MLK Leadership Retreat in Washington, DC!!! In tribute to the life of service led by Dr. King, we volunteered our services at Food and Friends, a nonprofit organization that provides meals for thousands of sick and shut-in people in the DC area. We also visited the Supreme Court of the United States, taking in not only the rich history of the highest court in the country, but also the beauty of the grandiose white marble courthouse.
﻿
<><>
<> 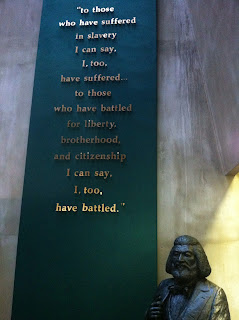 <><> ﻿
We toured the Anacostia Community Museum, which is dedicated to highlighting the art of the Anacostia area of the District of Columbia. We were escorted through Cedar Hill, the home of Frederick Douglass. All of us were in awe of the political and social accomplishments of Douglass, and all of the students felt encouraged about their own future, given what Douglass, a former slave, was able to achieve so long ago.
﻿ ﻿
We visited the Lincoln Memorial and the newly erected memorial to the Rev. Dr. Martin Luther King, Jr. on his birthday, January 15. It seemed only right to visit the memorials for the President that ended the Civil War, and the man who championed Civil Rights.
While the sites were amazing, the places we visited were secondary to the discussions that were held by the group on topics like leadership, civil rights, educational and professional equality, etc. Students that barely knew each others' names became friends throughout the course of the weekend; they got to know administrators from Hofstra on a different level; and they had a great time doing it all in our Nation's Capital!
Better thank-yous and acknowledgements are forthcoming; but for now everyone who sponsored, contributed, or encouraged this retreat should know that you were a part of something special to all of us!
Posted by Gerard Brogdon at 4:56 PM