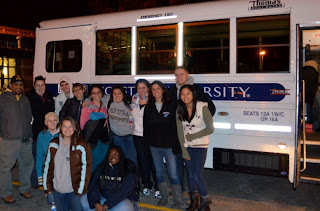 On any given night in the United States—one of the richest countries in the world—over 600,000 people experience homelessness, according to the National Alliance to End Homelessness.

As a college student with career goals and a bright vision of my future, I could never imagine spending a night on the street. But after hearing the tragic stories firsthand from homeless people about how their lives came to be, it no longer seems impossible.

For the second consecutive semester, I was part of the Midnight Run committee here at Hofstra and a little over a week ago, we took a bus into New York City to spend the night helping the homeless. The Midnight Run is an organization that provides support for the homeless, whether it is done by distributing food, clothing, and toiletries to the homeless on the streets, fundraising and collecting donations, or just lending an ear to listen. 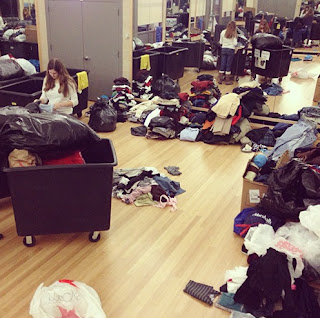 This semester’s committee was comprised of about fifteen students, all of us dedicated to helping those in need—this time, the homeless. For several weeks leading up to the Run, we dedicated our time to advertising and promoting the cause, spreading the word, and gathering various donations from the Hofstra community.

We collected a large amount of clothing this semester, which was fantastic. I was in charge of handing out men’s clothing on the night of the Run and it was wonderfully overwhelming to have so much for the men to choose from. I would open up the box of XL sweaters, and their eyes would light up at the sight of variety. It’s hard to explain how rewarding but even more humbling it is to interact with these people who spend most of their days feeling judged and ignored.

Our contact/guide at the Midnight Run is Malcolm, who used to be homeless and now is on the board for the Run. He compared the homeless to children during Christmas. 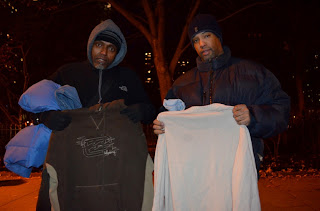 “When you’re a kid and you get a Christmas present, you feel confident,” he said. ”You walk around like you’re the coolest kid in town because you have that new toy or this new game. It’s the same way for homeless people. When they find clothing that they like, they feel proud to own it and walk around wearing it. It’s a self-confidence boost for them.”

Malcolm also explained to us this concept about how people end up homeless: “Things happen, and things happen quickly.”

That really is all there is to it. One second you’re on top of the world, and the next you might not know where to spend the night. Last semester, I met Hubert, a Fairfield University graduate and former trader for IBM who is now homeless and too embarrassed to return home to his family in Connecticut.

“I used to live the American Dream,” Hubert said to me. “But I got cocky. And sometimes when you’re living at the top, you forget about all the people at the bottom. So when you’re up there, don’t forget to look down.” 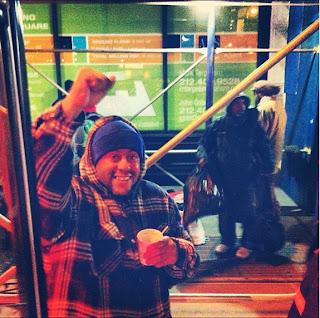 The fact is that lot of homeless people are trying to make a better life for themselves. They ask me for dress shirts and dress pants so that they can go to job interviews and look professional. Being homeless can be, but is not always a choice and putting a life back together is not something that can be done easily or overnight. If I had to say one thing I’ve learned about people who are homeless after my personal interactions with them, it’s that they want to change their lives for the better.

At one of the stops, I said hello to a man that I remembered from last semester, and I realize that he was offended when I said I remembered him. “Yeah I’m still out here,” he said with so much sadness and regret that I felt it no matter how much I tried to ignore it. I didn’t even know what to say when he asked me how I was doing, and I felt bad for saying that I was doing well.