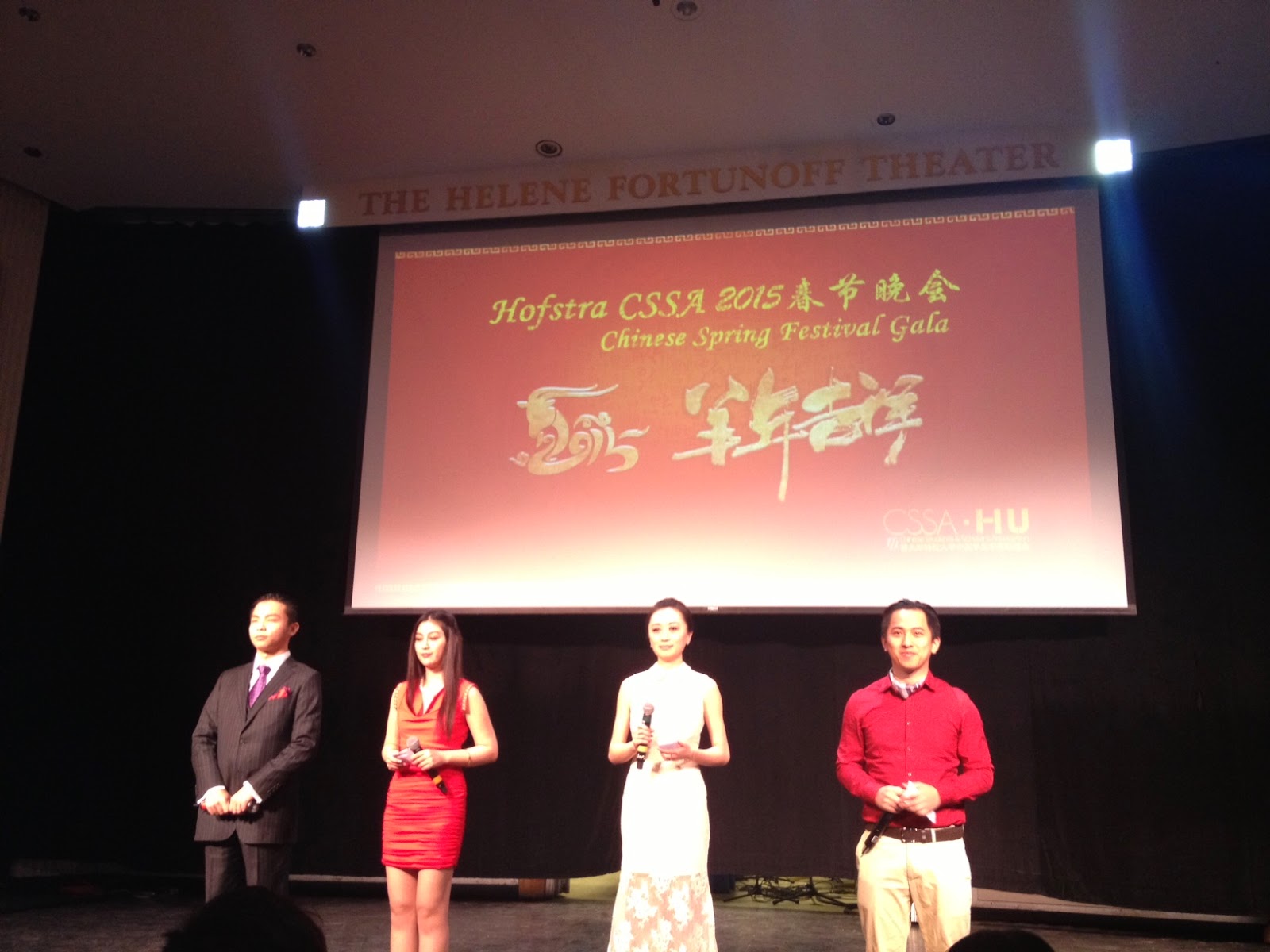 Congratulations  to the students who won prizes!!!
The CSSA gave out digital cameras, kindles and the grand prize of a flat screen television. 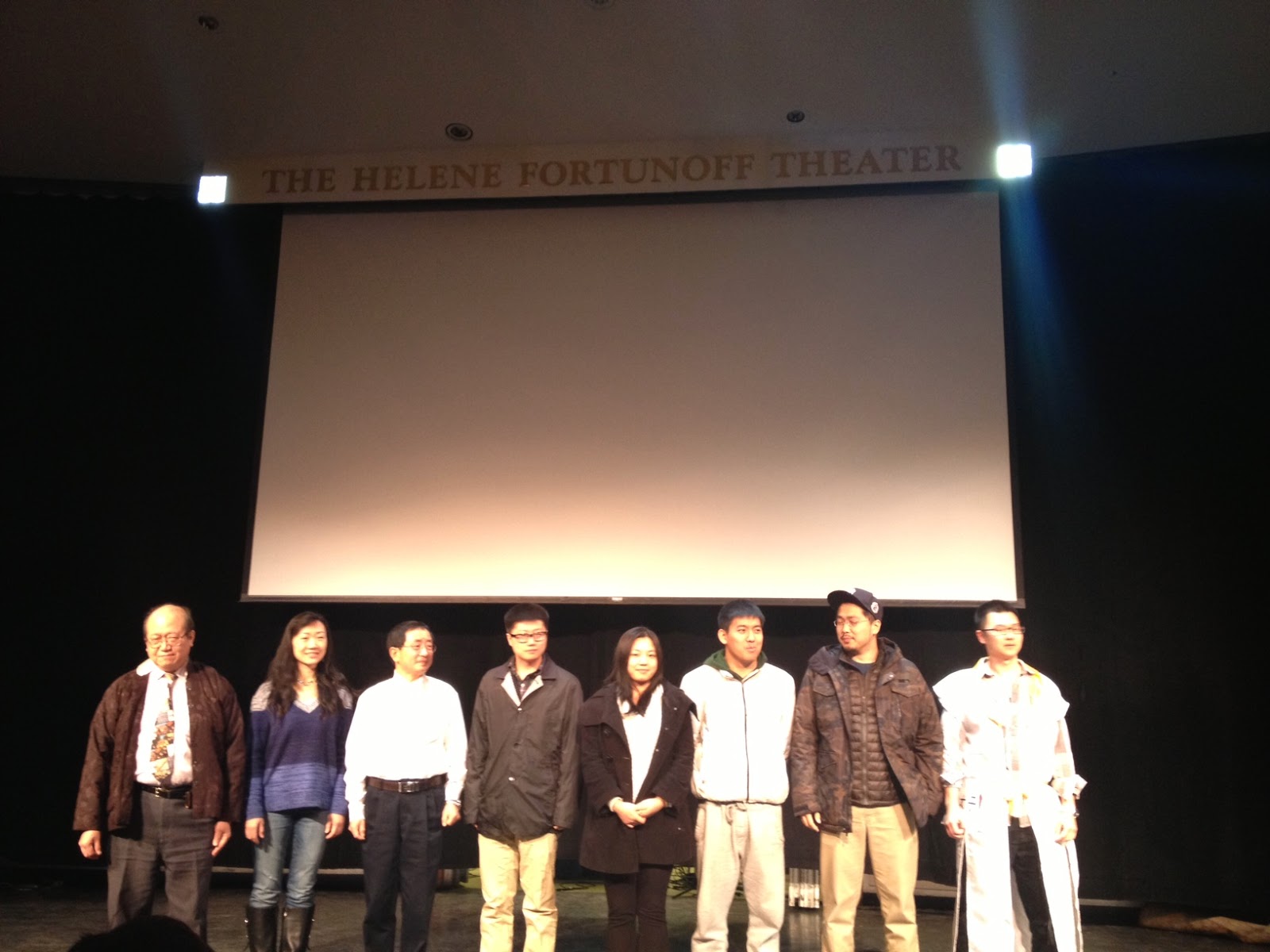 One of our students, Bill Schlopefin, performed songs in Mandarin and Cantonese!!! 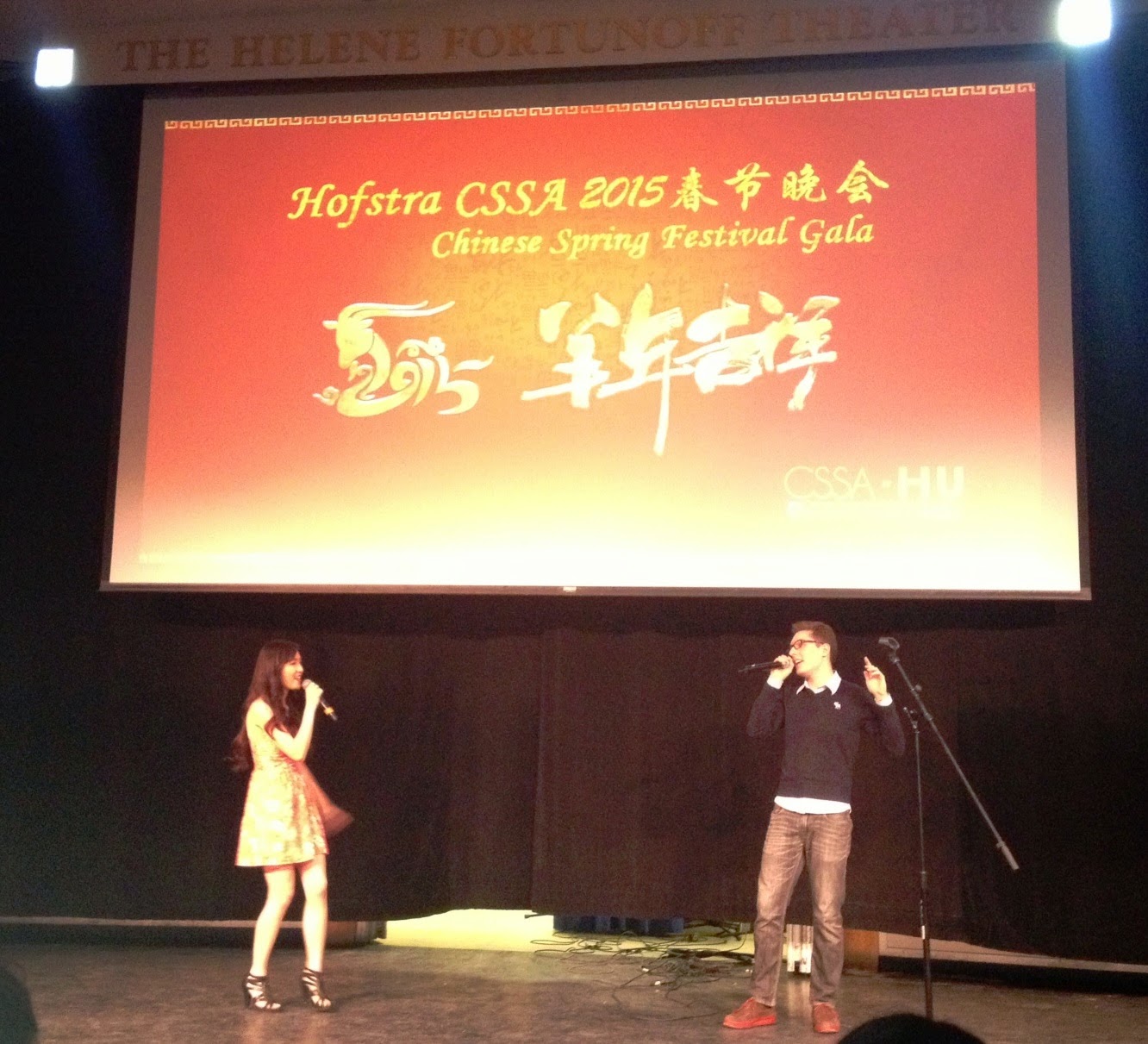 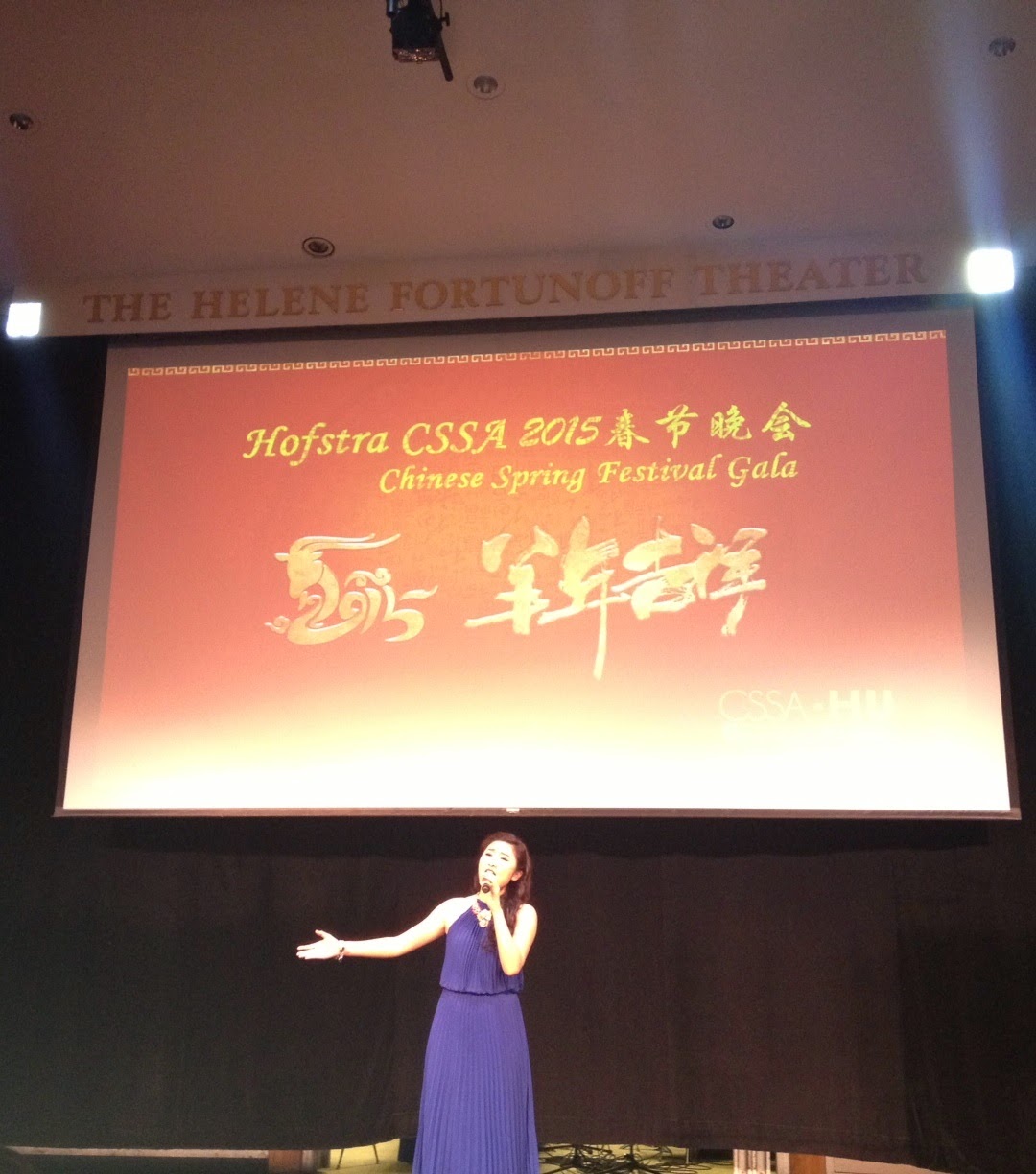 There were about about 400 people in attendance to celebrate the Chinese New Year or Spring Festival, which is the most important celebration in China! 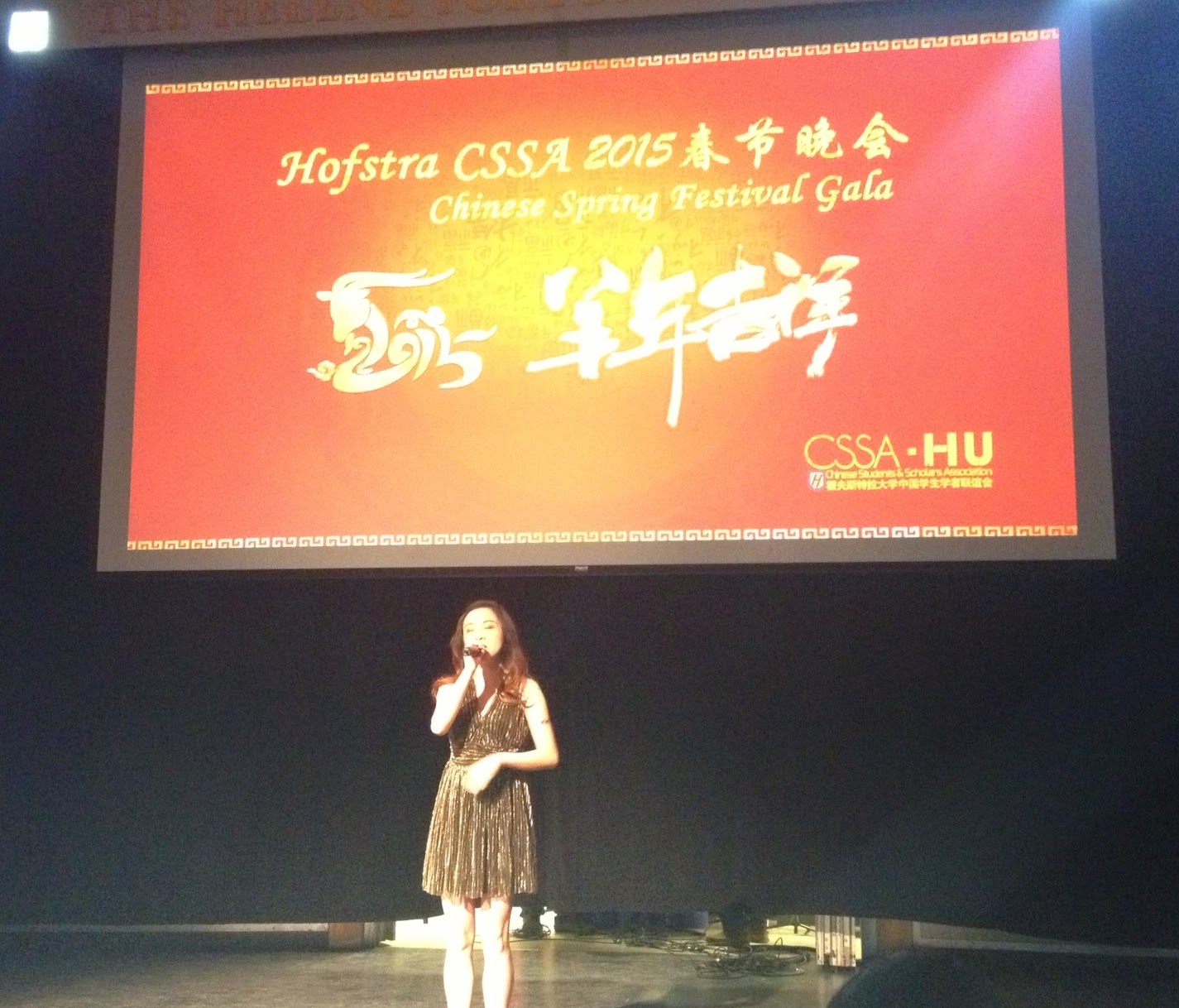 The Chinese New Year follows a lunar calendar, unlike the western calendar in the United States, which always celebrates New Years Day on January 1. Recently, China changed the name of the celebration to the Spring Festival.

The Chinese calendar also follows a Chinese zodiac, a cycle of 12 different animal signs. This year there was a debate is 2015 the year of the Goat or Sheep?The Chinese character yang can be translated to mean both Goat and Sheep.

Chinese Student & Scholar Association president, Qing Guo, said that he thinks 2015 is the year of the Goat because the character yang looks more like a goat. Qing said that the Chinese New Year started on February 18 and lasts for 15 days but it's never too late to celebrate! 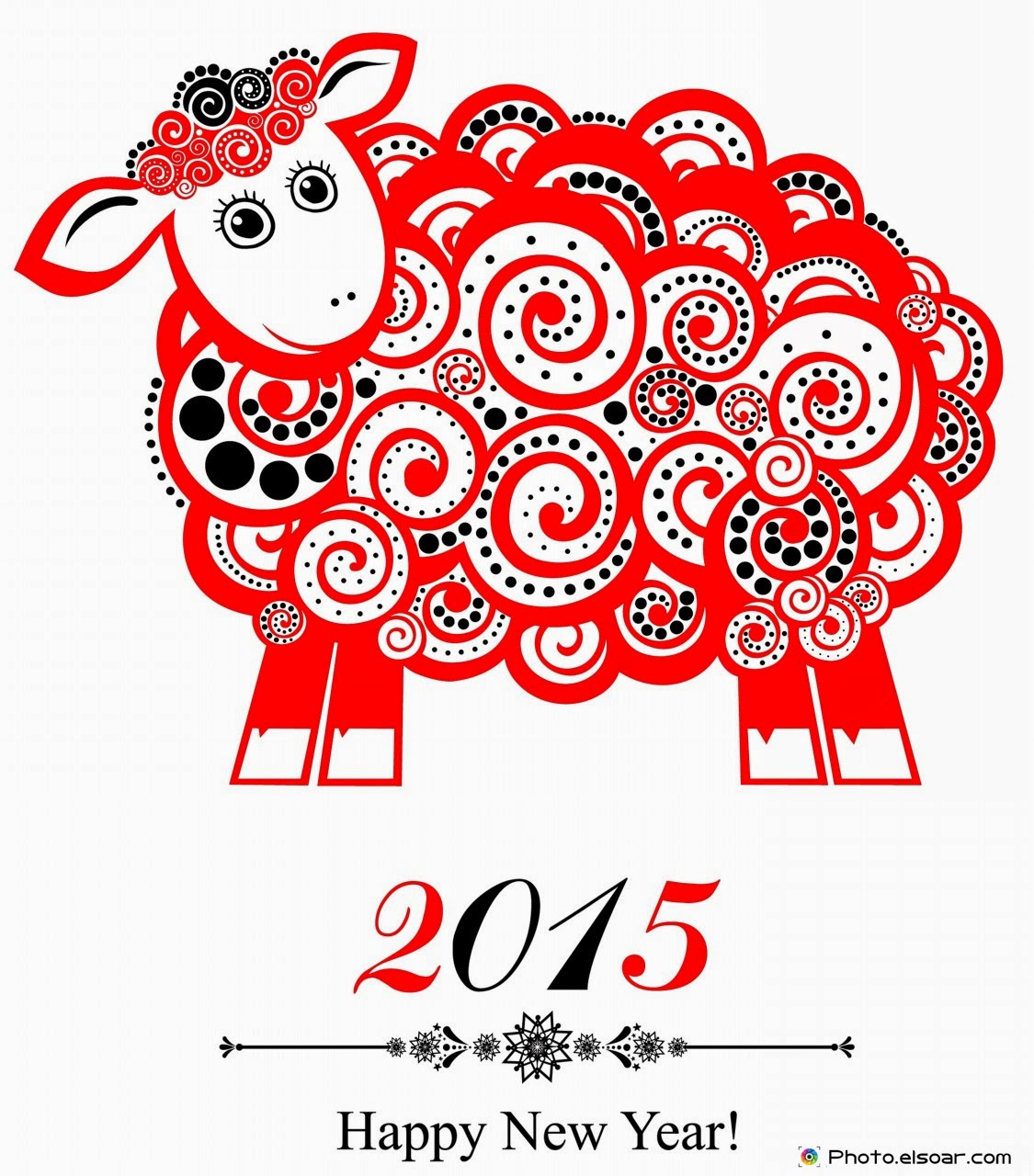 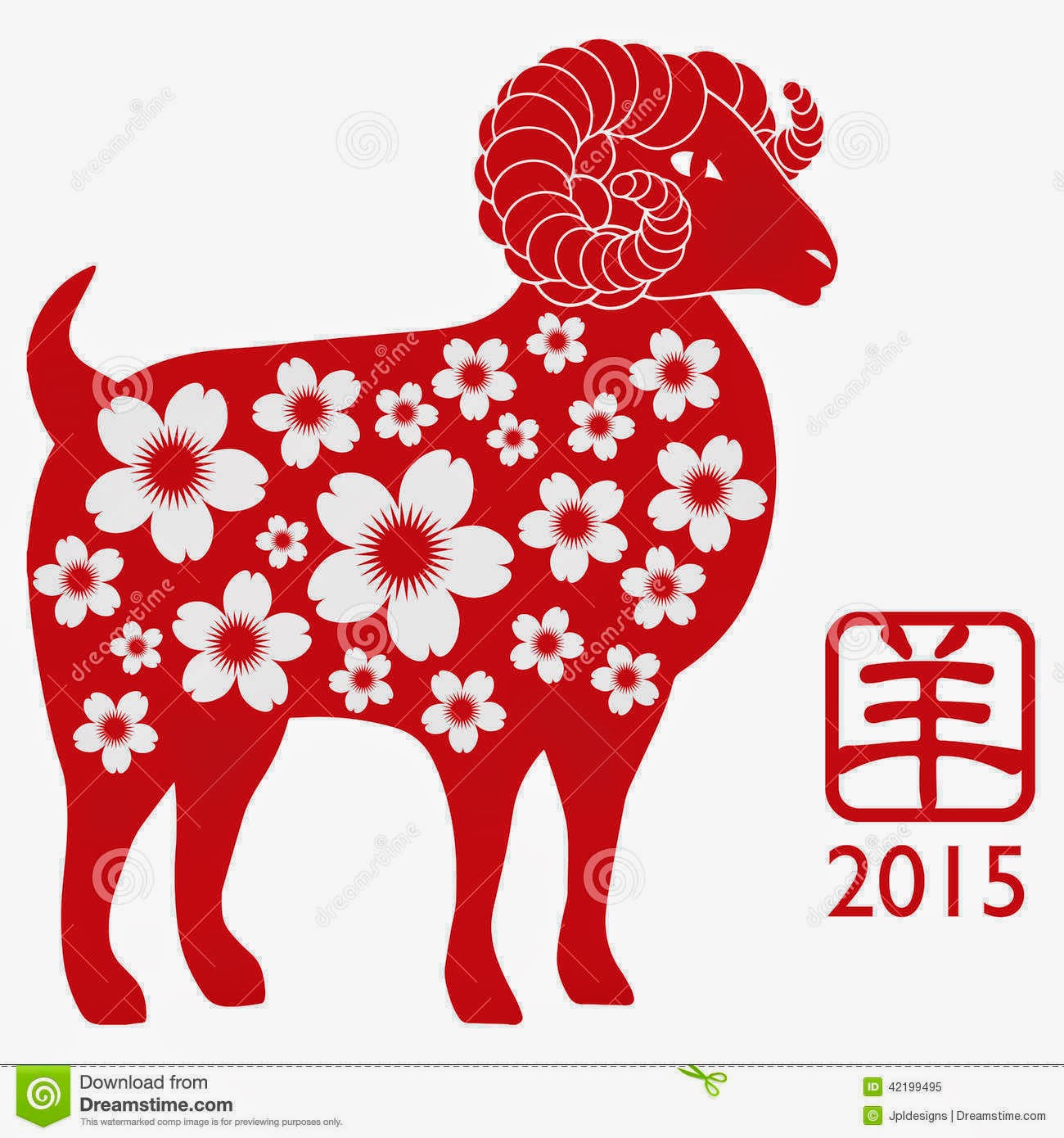 Posted by Sonia Fernandes, Assistant Director, MISPO at 10:39 AM