If you were wondering why so many students and staff found themselves in a makeshift clink located in the Student Center Atrium on Friday, March 15, we have the answer.

Hofstra Goes for Gold and the Delta Alpha Pi Honor Society, in conjunction Hofstra's Office of Student Leadership and Activities (OSLA)﻿, hosted the 2nd annual Jail & Bail fundraiser for Special Olympics Long Island. The fundraiser had students, staff and faculty purchase "warrants" for colleagues, classmates and roommates to be "arrested" by Public Safety throughout the day. The students would then stand before a panel of judges who would set "bail" (the amount of funds they would need to raise to be released), and subsequently raise this amount from the confines of the Student Center jail.

Jail & Bail 2013 raised well over $8,000 and saw over 120 "warrants" issued on the day of the event. All of the proceeds went to Special Olympics Long Island, which will use the funds to sponsor several athletes from the area.

"I have been involved with Special Olympics since high school," said Hofstra Goes for Gold founder, Jenny Rowe, "so this cause has a special place in my heart. ...My club, along with Delta Alpha Pi Honor's Society and OSLA, brought Hofstra's first ever Jail & Bail to Hofstra last spring.  Even though it was the first time Hofstra had seen this event, many students and administrators loved it, which was truly amazing to see. There was a lot more involvement this year, which increased our funds raised by approximately $2,000.  We hope Jail & Bail will keep growing year after year!" And if the enthusiasm of the students involved (whether buying warrants or raising funds themselves) is any indication, this event shows no signs of slowing down.

For more information on how students are working to raise funds for various causes, or to get information for clubs on campus, visit OSLA's website. 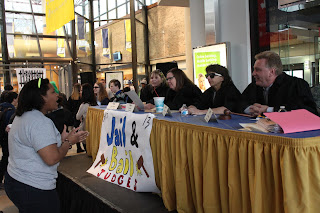 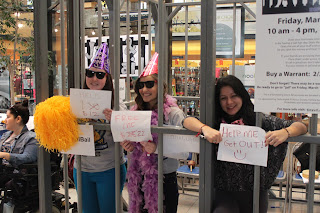 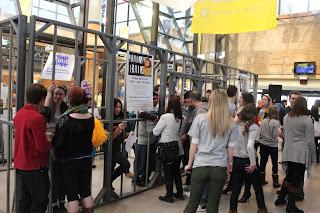 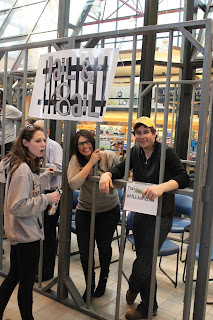