What To Expect From the Drag Show?

Drag show? University? Hofstra? What is this a gay club in NYC? Many students at Hofstra are asking themselves these questions. No, this is not an NYC gay club where the Drag Circuit is popular, this is Hofstra University where everyone is accepted just the way they are.

Since 2008, The Pride Network at Hofstra University has been responsible for bringing to campus some of the most talented drag queens the tri-state has to offer. In its initial stages, it started off very small with just student performers. Then came 2010 and I had the pleasure of meeting Christian Fuscarino, Founder of The Pride Network (2012 Alumnus of Hofstra University). He talked to me, mentored me, and, in a way, brought me out of my shell during my freshman year. He then told me that the organization puts on a Drag Show every year. It was then, that I knew I had to become part of this organization. I told Christian I would be able to pull off a drag show all on my own.

I had the right connections, being part of the Carrera family (just Google “ball culture” and you will know what I refer to by ‘family,’ or if you are into learning watch Paris is Burning). I immediately got in contact with my connections. I already knew Tiah Carrera, my gay aunt, would be the perfect host. She’s funny and shady, and she can get really up close and personal with the audience. Luckily, Carmen Carrera, another gay aunt of mine, was just finished filming RuPaul’s Drag Race, so I contacted her to be a part of it as well along with some other friends I knew who did drag and a few other Carreras. It was the Carrera show you might say! 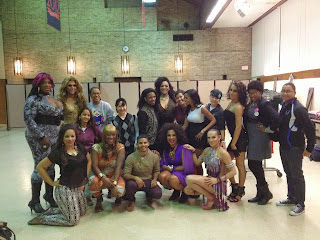 Since the first show, it has become more successful. We have had the likes of Raja, Jessica Wild, and Pandora Box: all alumni of RuPaul’s Drag Race. In addition, we had well known drag queens and showgirls like Natalie Carrera, Chanel International, Tiffany Richards, Sasha Renee, Blonka Ivette, and Halo Carrera, just to name a few. The reason I take this on every year is because I have such great respect for drag queens, drag kings, female impersonators and showgirls. Although the show is, for the most part, entertaining, these drag queens also share their experiences as performers and female impersonators. What we call showgirls refers to transgender women (Male to female) also have had the chance to perform and share their experience starting off as a drag queen and transitioning into a woman. That was the case with Carmen Carrera who decided to reveal she was transitioning after filming ended for RuPaul’s Drag Race. It takes a lot to come out as homosexual, but it takes a lot more to come out as transgender, at least in my opinion. These performers are just like any other person with a 9-5 professional job, families, children, etc. They use drag as their art exhibition in a way, showing how creative and talented they can be on the stage. Drag, is after all an art form.  Just because it is a drag show, does not mean you can’t come if you like the opposite sex. It is entertaining, but above all, you might learn a thing or two about drag queens!

So everyone is probably wondering, what should I expect from this 6th Annual Drag Show this year? Here is a list of things to expect. 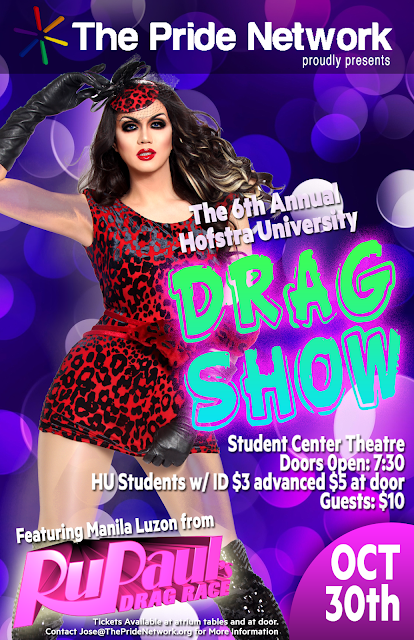 1. The ever so funny and shady Tiah Carrera  will once again be hosting the show. Be warned, she might call you out, even if you are heterosexual!

2. A VERY LONG LINE. Arrive early, even if you have purchased tickets. You want to get a good seat! Doors will open at 7:30 p.m. Get your ticket early and have your wristband ready. You will not have to wait in line. No wristband, no entry! Tickets will be more at the door! Spacing is limited!!

3. This year’s show will be dedicated to Lip-sync Legend Princess Janae Banks, a well-known Tri-State showgirl who lost her life to cancer this past year. Hence, there will be some tears coming from some drag queens. Prepare for an emotional ride.

4. Expect the drag queens to get up close and personal with the audience. If you have dollars, tip them! This is sort of their night job!

5. Imani, TranscenDANCE will be in the HOUSE, killing it with their moves! (disclaimer: no real killing will take place)

6. Sigma’cappella will put us all at ease with their joyful singing!

8. Come in your best Halloween costume. Best costume will get a special prize!

9. Drum roll… Manila Luzon, from RuPaul’s Season 3 will be headlining! So if you are a FANILA make sure you come out. 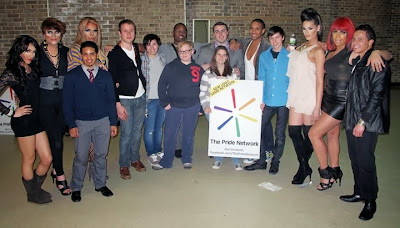