Club Baseball and the Women’s Rugby Club dominated the headlines for the second straight week as eight Hofstra teams took to the club sports stage.

Coming off of an emphatic 87-17 win over Molloy last week, the Hofstra Women’s Rugby Club traveled to Fairfield University to take on the Red Ruggers on Sunday, September 28th. Despite Fairfield’s home field advantage, HUWRFC were still able to power to a 33-21 victory. Kim Tran, Kenni O’Donnell, Rachelle Pierre and Kay Ragonese all made their mark on the score sheet for the second consecutive week. The result boosts the Pride’s record to 4-0 for the 2014 campaign. 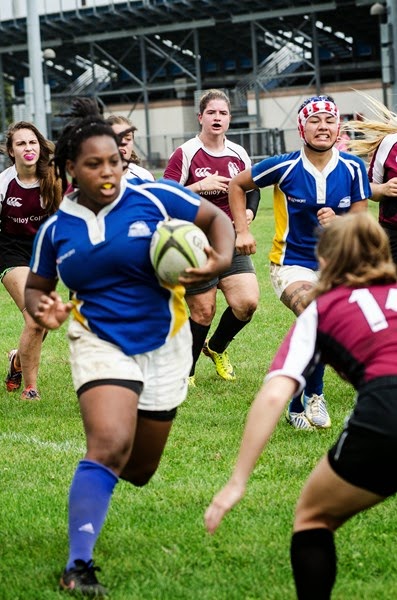 The Hofstra Baseball Club also continued their winning ways on Saturday, September 27th, sweeping a doubleheader versus York College at Hofstra’s University Field. Both games were tight contests, but ultimately Hofstra’s attack proved too much for York, who dropped Game 1, 5-3 and fell in Game 2, 3-1. Justin Cusano pitched a complete game in the latter contest to ensure the sweep for the Pride.

Men’s and Women’s Club Soccer hit the road this past weekend and shared more than just a sport, as both sides returned home with a 1-1 record. The men defeated Ramapo College 1-0, but fell short to the tournament hosts Fordham in a 4-2 loss, in spite of a valiant two-goal comeback after an early goal by the Rams. The women dropped a 2-0 decision to Montclair State, before rebounding with a 2-1 triumph over Adelphi.

The Men’s Ultimate Frisbee Club played their first competition of the season on Saturday, September 27th at Stony Brook University. Hofstra fielded a number of promising rookies, but narrowly lost the game 13-10. The team will travel to Princeton University on Friday, October 10th to participate in the two-day Autumn Sky Tournament.

Men’s Club Lacrosse also made their debut on the 2014 season on September 29th in a Monday night match up with the United States Merchant Marine Academy. The NCAA Division III squad was a tough opponent for the club team and ended up winning 12-2. The game was a solid foundation to begin the Pride’s season, as Trevor Bascomb summarized: “We played a really good team first to start the season, so now we can see where our level of play should be at.” Sophomore Greg Stengel and freshman Dennis Costa were the Pride’s goal scorers.

Norman Gabriel scored a try in the first five minutes and Josh Beck and John Costa added to this tally later on, but the Hofstra Men's Rugby Club could not withstand a late surge by the hosts, Montclair State, who rallied for the 33-26 win on Sunday, September 28th.