Ribbons all round for Equestrian team while Men’s Club Lacrosse cruises to a 10-2 victory versus Stony Brook.

Men’s Club Lacrosse bounced back from a tough loss last weekend to beat local rivals Stony Brook 10-2 on Monday, October 6th.  The team will look to build on their success in their next game against Fordham on Sunday, October 19th.

Women’s Club Lacrosse also scored a big “W” with an emphatic 16-8 victory over NYU on Sunday, October 5th. The Pride later fell short in a close battle with Stony Brook, 15-12, narrowly missing out on winning the round robin tournament hosted on the Hofstra Fitness Center Field. 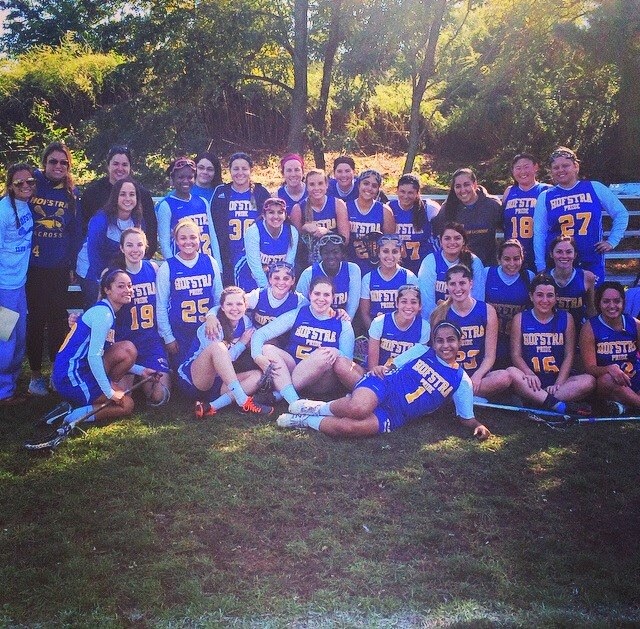 Women’s Club Soccer was unfortunate not to come away with a point in their match up against Seton Hall on Saturday, October 4th. The Pride struggled after losing goalkeeper Lia Rodriguez to injury, and ended up dropping a 1-0 decision despite dominating possession for much of the game.

Hofstra Shooting Club had another successful session on Sunday, October 5th, this week sampling their skills at Suffolk Trap & Skeet.

Hofstra Women’s Rugby Club traveled o Rutgers for a matchup with the Scarlet Knights on Sunday, October 5th. The two teams headed into the contest as the only undefeated teams remaining in the conference. Rutgers took the win this time around, 37-7, but the Pride looks forward to a rematch in the playoffs, as they have a secured a Tri-State Conference playoff berth. 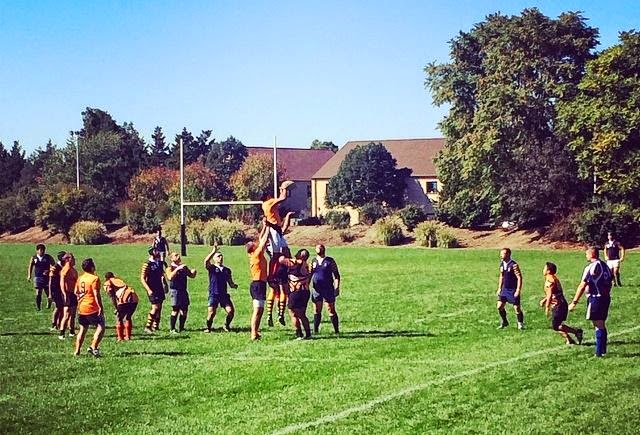 Hofstra's Men's Rugby Club will look to get back on track on Sunday, October 12th vs. NJIT.

Hofstra Club Baseball has had a brilliant start to the current season, but faced their stiffest competition yet at the Penn State Tournament, which hosted some of the strongest club programs in the country. HUCB pitched well but the bats fell dormant and the team ultimately failed to amass any victories. They will aim to get back to their winning ways when they take on Montclair State at home in a doubleheader this Sunday, October 12th.

The Hofstra Ice Hockey Club took to the rink to start their 2014-15 campaign on Saturday, October 4th. The Pride hosted Fordham in the season opener on their beautiful, brand new home ice at Twin Rinks at Eisenhower Park. The Rams clinched a 5-3 victory in the end, but Hofstra will soon have another chance to even their record with another home game against Stevens scheduled for Sunday, October 12th.

For information on how to get involved with Hofstra club sports, visit our website: www.hofstra.edu/recreation and click the ‘club sports’ tab.