It was a massive weekend for the Hofstra Quidditch club who on Saturday, October 11th, played host to the annual Oktoberfest Tournament, which is comprised of 11 East Coast college and club teams. Hofstra got off to a flying start with the first of two wins over the University of Rochester. The Flying Dutchmen later went on to defeat World Cup Final Four participants Emerson College, who are currently ranked 10th in the nation. The wins were enough to put HUQC through to the semifinals where they fell to Tufts; the ultimate first place finishers and 13th ranked team in the nation.

Hofstra Club Baseball swept their doubleheader versus Montclair State on Sunday, October 12th.  The Pride cruised to a 9-0 victory in the first game, and despite finding themselves down 3-1 in the final frame of Game 2, managed to claw their way back for a 4-3 win. The game-winning single came courtesy of Conrad Opozda. HUCB’s next game is away at Towson on Saturday, October 18th.

Hofstra Men’s Ultimate Frisbee club traveled to Pittsgrove, New Jersey on October 11th & 12th for a 22-team tournament. The Pride lost by just one point to highly regarded NYU Ultimate, and notched a win against Rutgers to earn themselves a 11th place finish.

Hofstra Women’s Ultimate Frisbee club was also in action this past weekend, and suffered at the hands of more experienced opponents, Columbia and NYU, on Day One. However, the young team showed great resilience on Day Two, crushing Rowan College 10-1 and coming out with a 9-4 win over Temple in the consolation bracket. The comeback was enough to earn them a rematch against Columbia, who unfortunately had to forfeit the game due to lack of players. The Pride ultimately finished 5th place in the Autumn Sky 2014 Tournament.

Hofstra Equestrian had another great weekend, with almost every single rider placing in their classes at their show held at Olde Towne Equestrian Center in Selden, New York. Their next competitive meet is hosted by Stony Brook University and will take place on Sunday, October 19th. 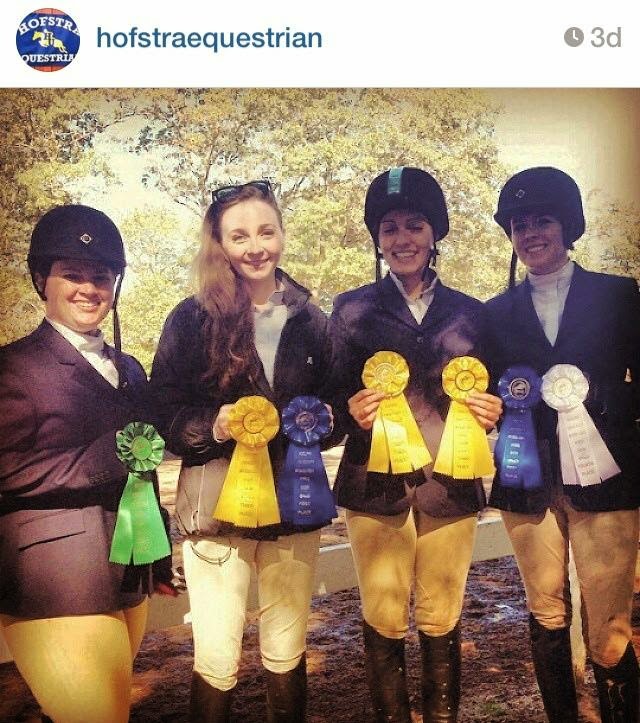 Hofstra Roller Hockey will look to start the regular season on a winning note next weekend when they head up to Rhode Island to take on URI and Northeastern. Last year the Pride captured a regional title and a 3rd place spot in the nation.

- Women’s Rugby fell to Marist this weekend, 48-31, but the Pride have already clinched a playoff berth and will host the University of Albany on Sunday, October 19th at 11:00am. 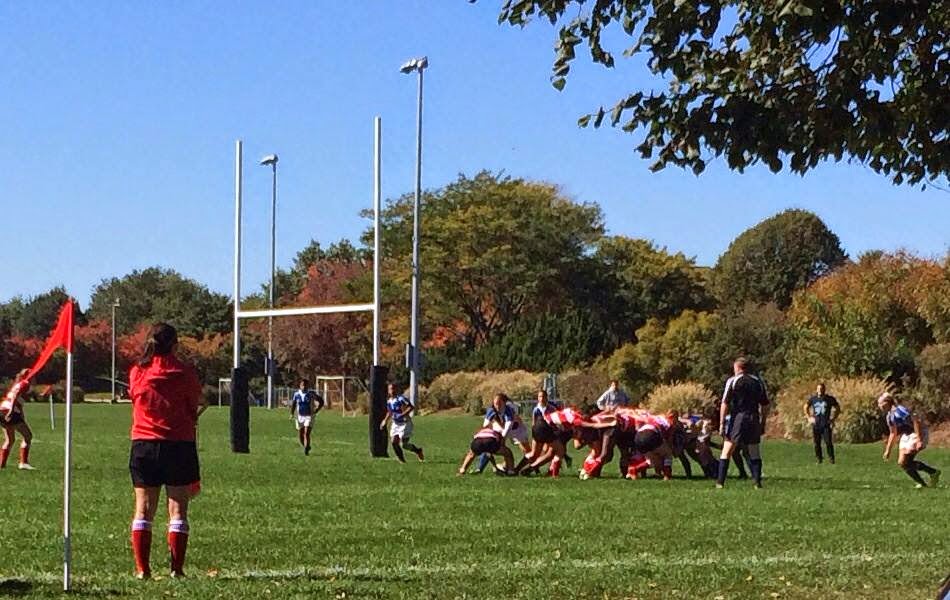 - Men’s Rugby fell on the road to NJIT, 42-17.
- Hofstra Crew looks forward to traveling to Boston on Saturday, October 18th to compete in the Head of the Charles Regatta, the world’s largest two-day rowing event.

For information on how to get involved with any Hofstra club sports, visit our website: www.hofstra.edu/recreation and click the ‘club sports’ tab.
See you next week!

Posted by Shaun Fean, Associate Director of Campus Recreation at 9:31 AM