Through the Office of Student Leadership and Activities, Spirit Support is a multifaceted area that promotes a wide variety of events throughout the Hofstra community. Hofstra Cheerleading, Dance Team, Pep Band and Mascots all work to promote school spirit and we will be doing a series of spotlights highlighting each of the areas in the upcoming months. 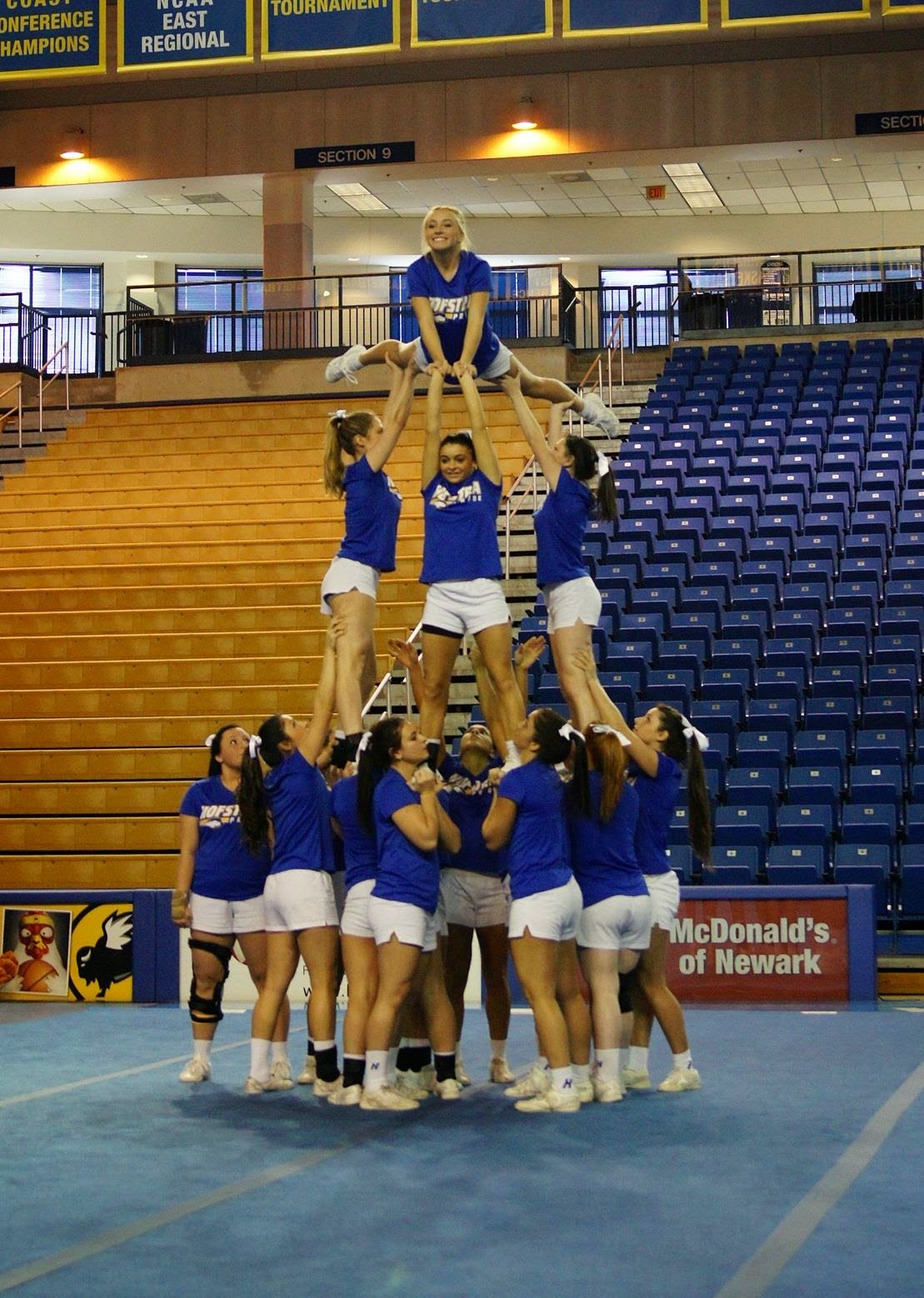 The nationally known Hofstra Cheerleading Team, under the coaching of Hofstra alums, Christine Farina and Matthew Jones is a large part of the Spirit Support family. Cheerleading is very visible participating in athletic events such as Basketball games, Club Sports games and overall University events such as Fall Festival, Relay for Life, Welcome Week and more!

The Hofstra Cheerleading Team are currently 8 time national champions through the Universal Cheerleading Association (UCA) National Championships. Each January,  they travel
to Walt Disney World and represent the PRIDE against teams all across the country. They took home the National Championship in their division in 2003, 2006, 2007, 2008, 2009, 2010, 2011, 2012 and 2013! In 2014 they took home second place in a fierce round of competition and are looking to reclaim their championship in 2015!

In the spring semester Cheer also supports our Men's and Women's Basketball teams in their CAA Championships normally held outside Baltimore Maryland.

In addition to their work competing,  the Hofstra Cheerleading Team also participates in a wide variety of community service events including the Long Island ALS Walk and supporting "Pete's PRIDE" this past weekend in honor of former Dean of Students Pete Libman, at the Long Island Pancreatic Cancer Walk. 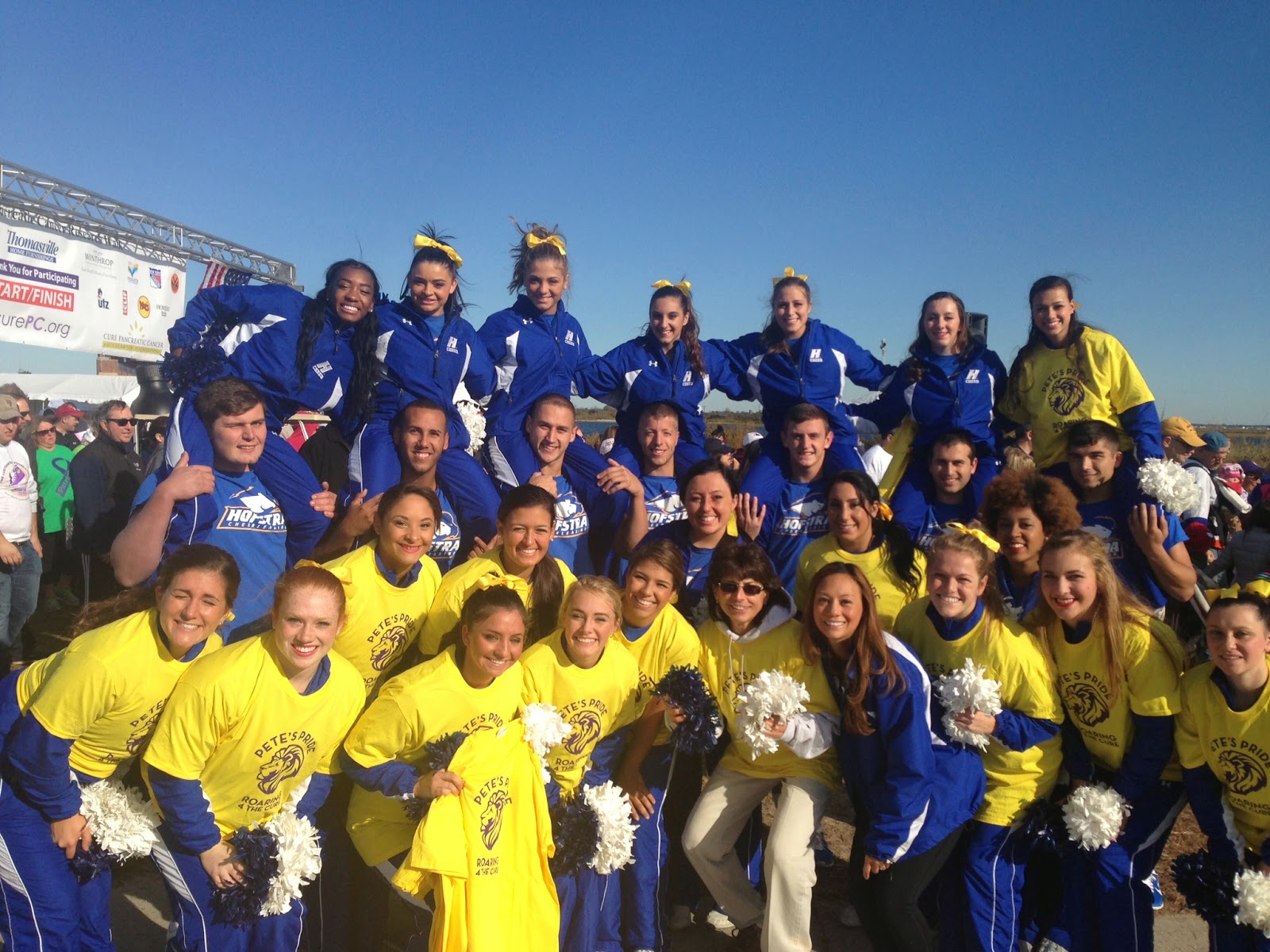 The Hofstra Cheer Team also participated in UCA  Cheer Camp at the University of Scranton this past August and collected the following awards:

Needless to say Hofstra Cheer has a lot to be proud of!! 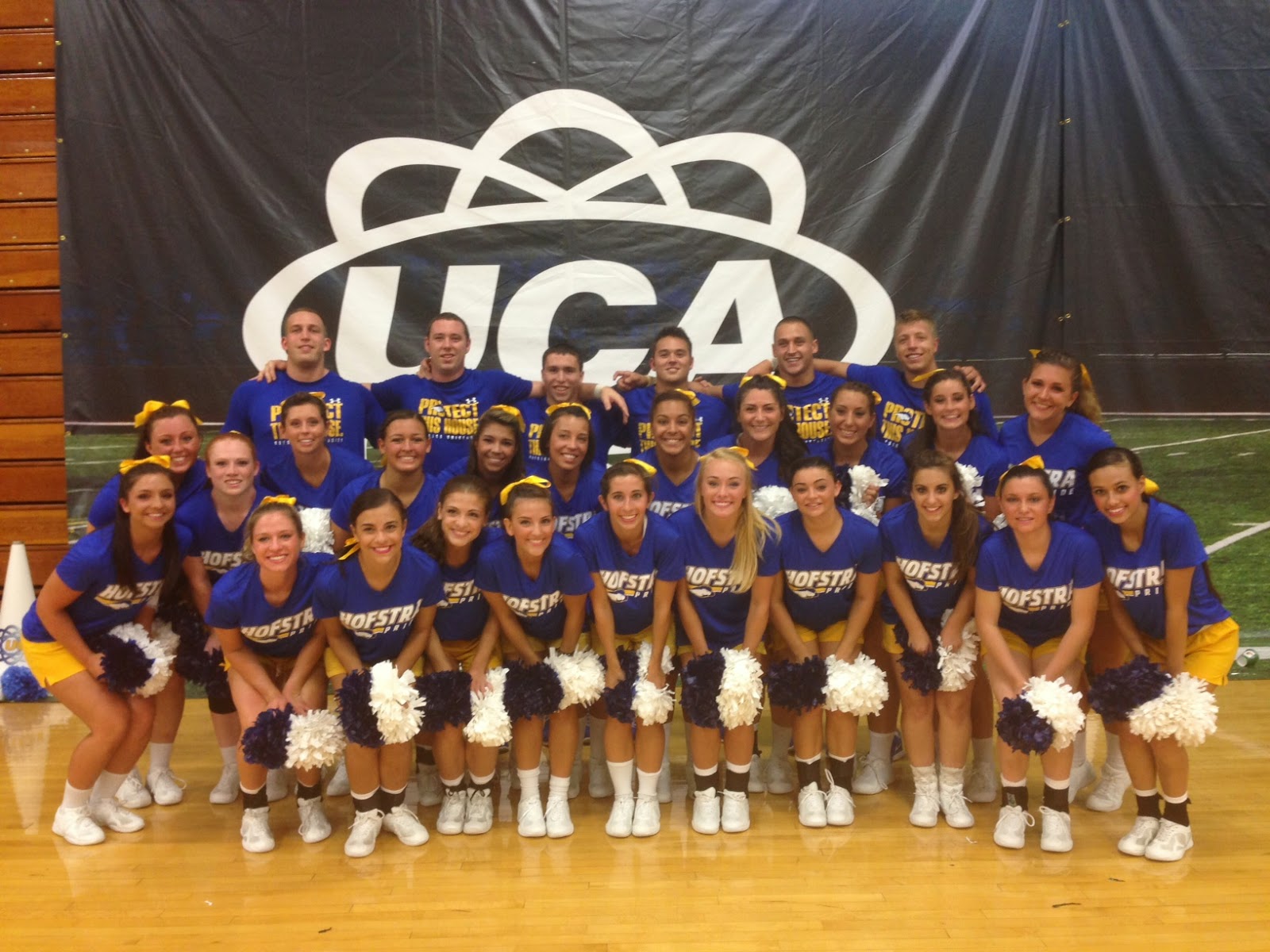 Don't forget to follow updates on the happenings of Hofstra Cheer on twitter @HofstraCheer and @HofstraOSLA and online at www.hofstra.edu/cheer.