Coming Together for Climate Change 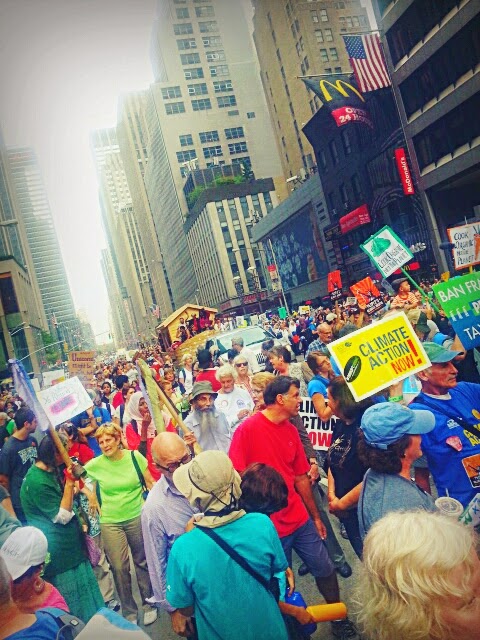 My day started off  at the Hempstead train station. Looking out the window, I wondered if it would rain. Without any proper shield in Midtown, a thunderstorm would certainly dampen our spirits. Nearby in the train car sat professors and students from Students for a Greener Hofstra, the Sustainability and Geology departments and others, all coming together for a single cause. There was a buzz about pun-filled signs, the length of the march, and most of all, the expected number of participants. Not only was New York and the rest of the country prepared for this day, but citizens from around the world were flying in to the Big Apple to raise their voices. All this, in a fantastic display for the citizens of the world as well as world leaders, who would be meeting two days later for the UN Climate Summit just a few blocks over. 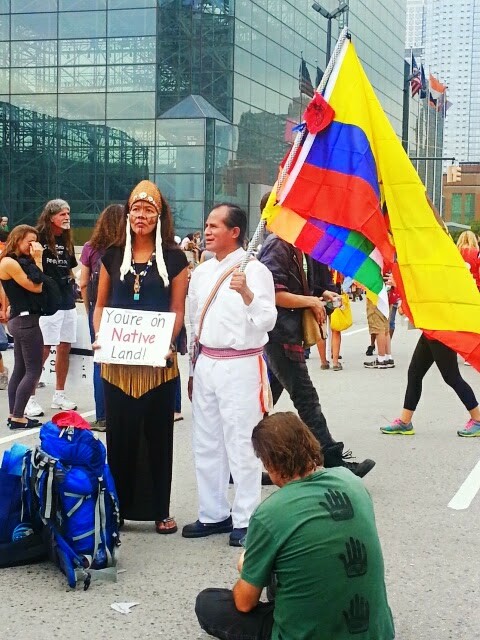 The train quickly filled up with more Long Islanders flashing “Save the Wildlife” and “Frack is whack!” t-shirts. Arriving in Midtown, the subway stations were full of people, the streets had one unified traffic jam of bodies, and various groups and organizations stood displaying long banners. Helicopters hovered over us capturing the spectacular sight of about four hundred thousand people marching down Manhattan. I felt an overwhelming rush of excitement as a wave of yelling passed through the crowd. At that moment, with friends and strangers, I’ve never felt more certain about what I was doing. Knowing that my attendance and participation would contribute to this historic event was enough to fuel my chanting. 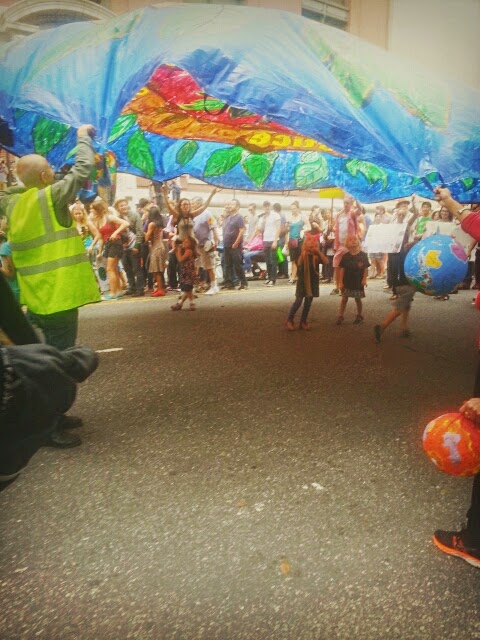 Beginning from Central Park West all the way down to 34th Street, a passionate group of people from all backgrounds joined together and marched. People of various socioeconomic backgrounds assembled on the busy streets, putting aside their differences to support this great cause. Children marched hand-in-hand with their grandparents, Muslims walked with Atheists, students from grade school to post-graduates, persons with disabilities, and individuals who identified with parties and ideologies from across the political spectrum all came together to show that greater changes and initiatives needed to be taken to combat climate change. It was truly a sight to behold. The march included some notable people including co-organizer Bill McKibben, actors Leonardo DiCaprio and Joseph Gordon-Levitt, UN Secretary General Ban Ki Moon, and former Vice President Al Gore. But perhaps this was the best part of it all – seeing thousands of individuals from various backgrounds put aside their differences and march together, for one united cause, towards a better future and a better world.